To tap the luxury SUV buyers Volvo is all set to introduce the new XC90 in September. The bookings of new Volvo XC90 set to commence in April and the launch scheduled for September. We bring you all you need to know about the upcoming car 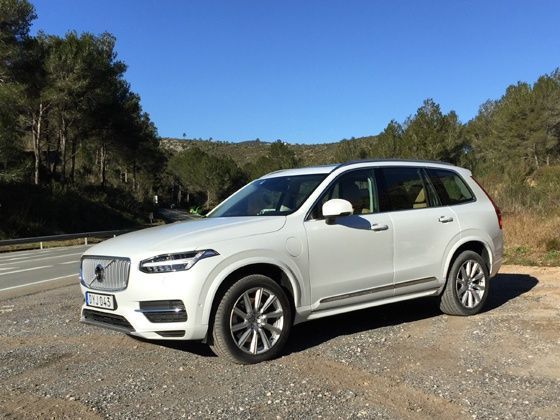 SUVs are the general favourites in India, irrespective of which segment or what price they fall under. And to tap the luxury SUV buyers Volvo is all set to introduce the 2015 XC90 in September. With bookings for the new XC90 are expected to commence in April-May, we bring you a closer look of what the car is like

1.) Exterior: Right from the time when it was first unveiled to public at the 2014 Paris Motor Show, the 2015 Volvo XC90 has been garnering a lot of attention. From the outside, the 2015 XC90 is unmistakably a Volvo design, but has clearly evolved to look a lot futuristic. The front-end gets an imposing stance thanks to a large rectangular grille. Flanked on either side of the headlights are the ‘Thor hammer’ DRLs and the sleek headlights. Just like the outgoing model this one too gets a muscular shoulder line that leads into the taillights. Volvo seems to have done well to retain their DNA and yet make the 2015 XC90 look contemporary.

2.) Interior: If you thought the exteriors have been crafted very smartly, the interiors will surely bowl you over. Although it is as minimalistic as any other Volvo, it has been beautifully designed. The fine wood finish that runs from door to door, the dual tone steering wheel and the neatly laid out centre console with the vertical touch screen. . The seven-seater SUV will also have very flexible interiors and Volvo says that the third row can seat anyone up to 5 feet 7 inches height comfortably.

3.) Features: In terms of features the XC90 will feature a top-of-the-line entertainment system with 19 Bowers and Wilkins speakers. The Momentum variant of the XC90 will come with keyless entry, panoramic sun roof, electrically operated boot, rear camera, cornering headlights and more. In the higher Inscription variant will get all of the aforementioned plus heads up display, leather wrapped dashboard, dual integrated headlights and a different grille up front.

4.) Engine: The 2015 Volvo XC90 will come with two engine options. The D5 4-cylinder turbocharged diesel motor will make 228PS and 470Nm. Power will be transferred to all four wheels with the help of an 8-speed automatic transmission. The company is also considering introducing the 2.0-litre petrol T8 unit, which will essentially be plug-in hybrid with an electric motor along with the gasoline motor.

5.) Technology:  In the 2015 XC90, Volvo has gone one step ahead with regards to safety with the belief that it is no longer just enough to protect in case of a collision, but more essential to avoid them altogether using what they call the IntelliSafe. With further aids like City Safe, lane keeping aid and cross traffic alert Volvo has not only evolved with regards to safety but also in terms of technology.

6.) Safety: Volvo has been known to produce extremely safe cars and this 2015 XC90 is expected to be no different. While the Swedish car maker stuffs its cars with lot of safety features, this one here will include some new ones like run off protection which essentially tightens the seatbelt in order to prevent spine injury. The seat too has energy absorbing capability to protect from hard landings and an auto brake system. The 2015 Volvo XC90 will come loaded with a lot of features internationally but in the Indian market some of them might not make it considering they depend on a radar system.

7.) Price: Currently in India, the XC90 is on sale at Rs 56 lakh (ex-showroom Delhi), but the upcoming model is a lot more loaded than the current one. But then again, there is the question about how many of the fancy features will make it to India when the car is launched in September. While a lot of it is uncertain, it is safe to assume that the 2015 model will be priced higher than the current model.