The made-in-India and made for India scooter, Mahindra Gusto received the Readers' Choice Two-Wheeler of the Year Mahindra Gusto at the ZigWheels Awards 2014. Get more award stories for Mahindra Two Wheelers on Zigwheels.com 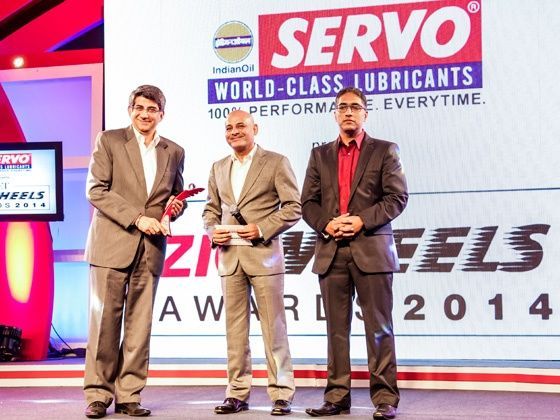 Having established a strong foothold in the 125cc scooter segment of India, Mahindra introduced its indigenously developed Gusto 110cc scooter to capture the imagination of the masses.

And going by the votes casted for 2014 ET ZigWheels Awards for the Readers’ Choice Two-Wheeler of the Year, it looks like the Mahindra has been quite successful at it.

The Mahindra Gusto has plenty of features which have been seen in this segment for the very first time - like the LED pilot lamps on the headlight, height adjustable seat with self-locking mechanism, and a trendy flip key.

This tall and distinct looking scooter also has the highest ground clearance in the segment at 165mm.

Apart from these factors which have helped the Mahindra Gusto win this popular award, the scooter also comes with an in-house developed 110cc, single-cylinder motor called the M-TEC. The single-cylinder engine churns out 8PS of peak power and 8.5Nm of maximum torque. Power is transmitted to the rear-wheel via a CVT transmission. Mahindra claims that the Gusto will run 63km to a litre of petrol, which makes it among the most fuel efficient scooters in our market.