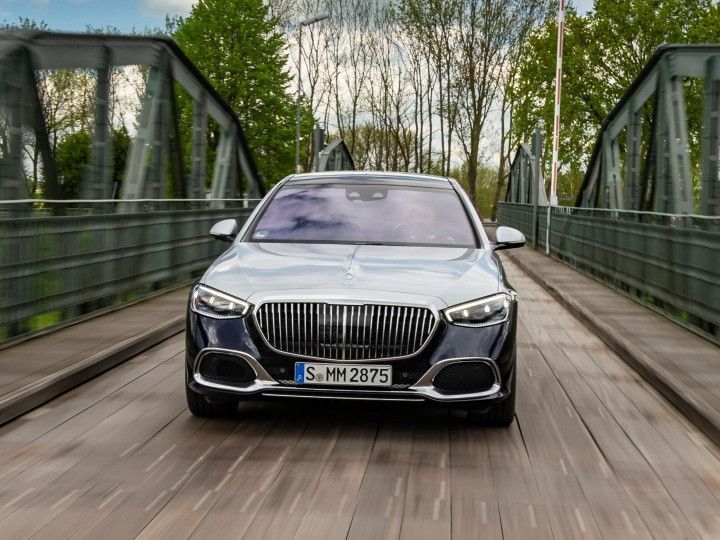 Mercedes-Benz has a new luxury flagship in the pipeline for India, the Maybach S-Class sedan. It’s based on the current-generation S-Class, with an even longer wheelbase and more opulence thrown in for good measure. It’s expected to be priced at a premium over the S-Class that costs between Rs 1.58 crore and Rs 1.65 crore (ex-showroom).

On the outside, you can differentiate between the regular S-Class, and its Maybach counterpart by the vertical slats on its chrome grille and chrome-heavy air dam that we’ve also seen on the Maybach GLS SUV. It gets a two-tone paint option with ten combinations, and a unique set of chrome wheels that scream “extravagance” even louder than the S-Class.

Inside, you get even more space in the rear seat, since the Maybach’s wheelbase is 180mm longer than even the long-wheelbase S-Class. In addition, you get automatically closing doors in the rear and the MBUX infotainment system can detect your presence in the rear seat and adjust the headrests accordingly. It comes with a pair of 11.6-inch displays for rear passengers, and it lets you control the sunroof and rear blinds with hand gestures!

You can even spec the Maybach S-Class with a set of silver-plated goblets that fit in the rear centre console while you’re on the move. The champagne goblets are stored in an insert within the stowage compartment. In addition, the Maybach comes with a 4D Burmester sound system, adaptive rear ambient lighting, and active noise suppression for a quieter cabin.

The Mercedes-Maybach S-Class gets an all-wheel-drive system as standard, and it offers rear-wheel steering for better maneuverability in cities. We should get two powertrain choices – a 503PS V8 petrol engine paired with a 48-volt mild-hybrid system, and a V12 petrol engine with 612PS.

We expect the quintessential Maybach sedan to be launched in March 2022, at a hefty premium over its locally-assembled S-Class sibling. It’ll rival super-luxury sedans such as the Rolls Royce Ghost and Bentley Flying Spur. 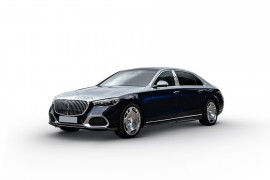 All Comparisons of Maybach S-Class