Unlike before, there are now two variants to choose from: Celebration and Technology 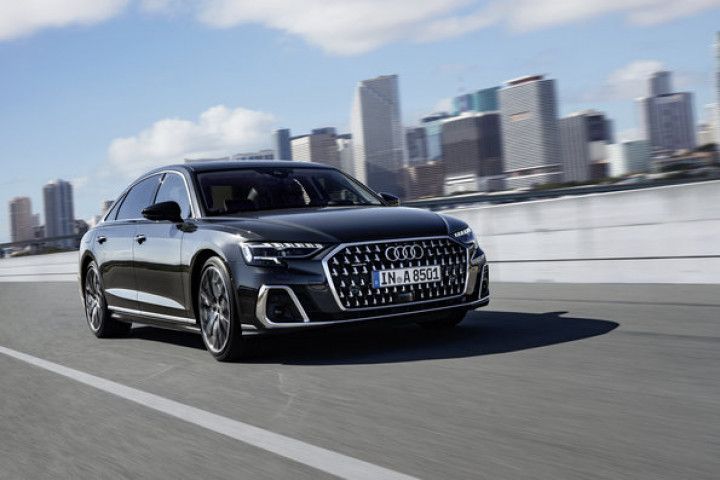 The Audi A8L is all set to get a facelift in India soon. And if you had your eyes set on one, the German luxury carmaker has commenced official pre-launch bookings for a token amount of Rs 10 lakh. Changes to the new Audi A8L will be largely cosmetic, so let’s get cracking to see what you can expect in the updated limo.

Today, Audi India has confirmed that the new A8L will be offered in two trims – Celebration and Technology – as opposed to the single fully loaded trim we had of the outgoing car. Considering that there is a new entry level trim on offer, prices could actually come down or be equivalent to the older model which was priced at Rs 1.57 crore (ex-showroom).

Another point which Audi has settled on is the engine. The 340PS 3-litre six-cylinder turbo-petrol mill will be carried forward, and like before, teamed with a 48v mild-hybrid tech for aiding fuel economy. Drive will be sent to all four corners via an 8-speed automatic transmission.

Customisation is one of the keys to spruce up any luxury sedan, and Audi will offer plenty of options in this regard. The new Audi A8L will continue to get options such as the executive rear-seat package rivaliing first class jets, foot charger, and even finer things like picking your favourite interior colour scheme and trims.

Now the design changes. Sharper exterior detailing keeps the A8L’s design in sync with other Audis. Of course, Audi’s single-frame grille dominates, and with the revised inserts and sharper LED headlights with snazzier DRLs, it looks much slicker than before. Even the bumpers have been reprofiled for a sportier theme.

New alloy wheel design options lend the side profile a breath of fresh air, while the rear-end gets an updated set of connected OLED tail lights. Basically, it allows you to change the light signature and they become brighter as a vehicle approaches closer to it. We wish this small piece of gimmick makes it to India.

The interior, on the other hand, remains largely similar to the outgoing car, which is no bad thing in our opinion. Cabin design and layout still feels fresh with the dual screens on the dashboard which light up from the expanse of gloss black plastics.

The new Audi A8L will go up against the Mercedes-Benz S-Class and the outgoing BMW 7 Series.