EXCLUSIVE: Here Is Your Latest Look At The Royal Enfield Scram 450 LC 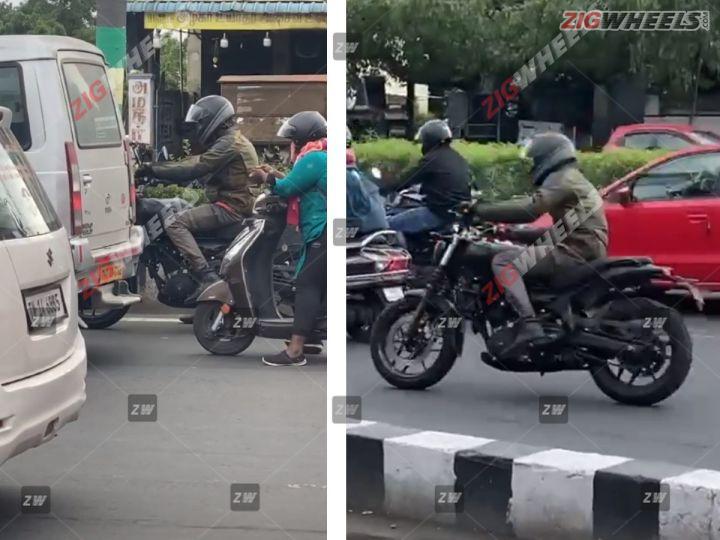 It has barely been a year since the Royal Enfield Scram 411 came into existence, and now a test mule of what seems to be the Scram 450 LC has been spied testing on Indian roads. It will be a road-friendlier iteration of the upcoming Himalayan 450, similar to what the Scram 411 is to the current Himalayan.

The test mule was heavily camouflaged and hid the design of the Scram 450. The spotted bike, though, looks smaller than the new Himalayan. While the riding posture seems to be the same as the Himalayan 450, the Scram 450 with its single-piece seat will be more urban-friendly.

The Scram 450 borrows its tail light-integrated turn indicators from the Himalayan 450, which look rather sleek. The design language of both the upcoming bikes is a departure from the functional Royal Enfield styling and it is exciting to see what the veteran bikemaker has in store for us.

Now for the more interesting part - the engine. Powering the Scram 450 is likely to be the same 450cc liquid-cooled mill borrowed from the upcoming Himalayan 450. It might just have a different engine map or carry a few internal tweaks to suit the urban scrambler vibe. The Himalayan’s mill is likely to make similar power and torque figures as its direct rival, the KTM 390 Adventure, which produces 43.5 PS and 37Nm.

Unlike the Himalayan with its USD fork, the spied bike flaunts a conventional telescopic fork with gaiters. Apart from that, the bike rolls on smaller alloy wheels wrapped in road-biased tyres, as compared to the Himalayan 450. Considering how peppy the bike looked in traffic, we expect it to weigh lighter and be sportier than its ADV sibling.

We can expect Royal Enfield to launch the Scram 450 a few months after the Himalayan 450’s debut, likely in June 2023. It will flaunt a price tag slightly lower than the ADV at around Rs 2.60 lakh.