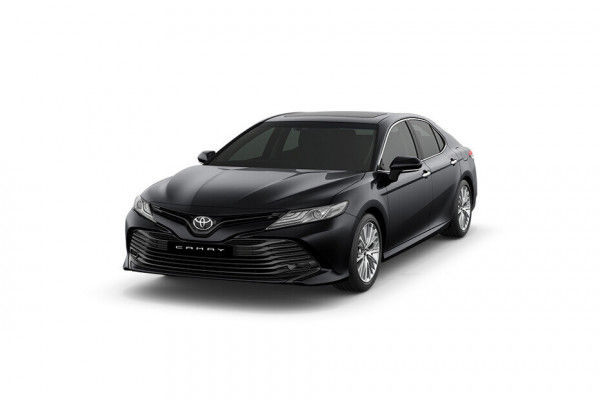 Ask your question from Camry owners and experts
Your Question should contain at least 5 characters Submit Cancel
Available EMI Options
Rs. 83,869 per month @ 10.5% Apply for Loan

Toyota India has just announced that the Camry is all set to get a price hike with effect from June 2020. The price hike is due to an increase in exchange rate. Back in May 2020, the carmaker had revealed prices for the BS6-compliant Camry which was priced at Rs 37.88 lakh (ex-showroom). It's Rs 38,000 dearer than its BS4 predecessor. The steep price hike is due to BS6 upgrades and a a standard price hike for the new financial year. The BS6 Camry continues to utilise the existing 2.5-litre hybrid engine with upgrades to meet BS6 emission norms. It rivals the Skoda Superb TSI.

In its latest avatar, the Camry is powered by a 2.5-litre petrol motor that’s paired with a 88kW motor. The petrol engine makes 178PS of power and 221Nm of torque. On the other hand, the motor generator dishes out a healthy 120PS and 202Nm. Put together, the Camry dishes out 218PS in hybrid mode. And yes, it is capable of driving purely on battery power as well. Sending all of this power to the front wheels is Toyota’s smooth e-CVT automatic. You can shift through virtual ratios using the paddle shifters too.

The Toyota Camry 2019 is available in a single fully-loaded variant. Priced at Rs 37.88 lakh, the new version is actually cheaper by Rs 27,000 compared to the older car. Also, compared to the Honda Accord Hybrid, the only other hybrid in the segment, it’s a full Rs 6.25 lakh cheaper.

For what was usually considered a sombre, low-profile sedan, the new-generation Camry can actually turn quite a few heads. Looks like Toyota’s designers found some awesome sauce in their drawers that they’ve generously poured over the new Camry. Dare we say, it looks sporty with its low-slung stance and that swooping roofline. It’s got all that you’d expect from a full-size luxury sedan: bi-beam full-LED headlamps, LED foglamps, 18-inch alloy wheels and LED brake lights. Compared to the outgoing version, the Camry 2019 is 35mm longer, 15mm wider and 35mm lower. Wheelbase too has been stretched by a full 50mm.

On the inside, Toyota has finally brought the Camry to the 21st century. It no longer looks and feels like an old-school sedan. The design of the dashboard is beautifully minimal, with a prominent Y-shaped element slap bang in the centre. Housed inside this is an 8-inch touchscreen system that’s connected to a 9-speaker JBL audio system. Other features on the Camry 2019 include heads-up display, powered front seats (with memory for the driver’s seat), electric steering column adjust, three-zone climate control, and leather upholstery. You also get the Camry’s trademark rear-armrest audio controls (but it’s now a touch-sensitive setup), reclining rear seats as well as a powered rear sunshade. Toyota has you covered in terms of safety too. The Camry is equipped with 9 airbags, ABS with EBD, ISOFIX child seat mounts, and vehicle stability and traction control. It also gets features such as a tyre pressure monitoring system and a brake hold function.

Skoda Superb : : Chiselled design, posh interiors, dependable engines and a gearbox that’s as smooth as a hot knife through butter. It’s the go-to big sedan if you want to make a big statement!

Volkswagen Passat: Loaded with tech, the Passat is an ideal companion for those wanting to slip under the radar. It’s built like a tank and will probably survive an apocalypse too.

Honda Accord Hybrid: Possibly the only Honda car in India that feels like a Honda should, inside out. Yes, it’s no enthusiast pleaser but it packs in a svelte design, plethora of technology and a cabin that can put German cars to shame.

The mileage of Toyota Camry 2019 is 19.16 Kmpl. This is the claimed ARAI mileage for all the variants of Camry.
View User Reported Mileage

Has Toyota finally made the Camry desirable for those buyers, who otherwise would never consider getting one?

What is the price of Toyota Camry 2019 Top Variant?

What is the mileage of Toyota Camry 2019?

What are the top competitors of Toyota Camry 2019?

The top 3 competitors of Toyota Camry 2019 are Skoda Superb.

What is the ground clearance of Toyota Camry 2019?

What are the best financing options for Toyota Camry 2019?