We do a detailed spec comparison of the all-new Volvo XC90 with its most fierce competitors, the Mercedes-Benz GL-Class, the BMW X5, the Audi Q7 and the Land Rover Discovery. 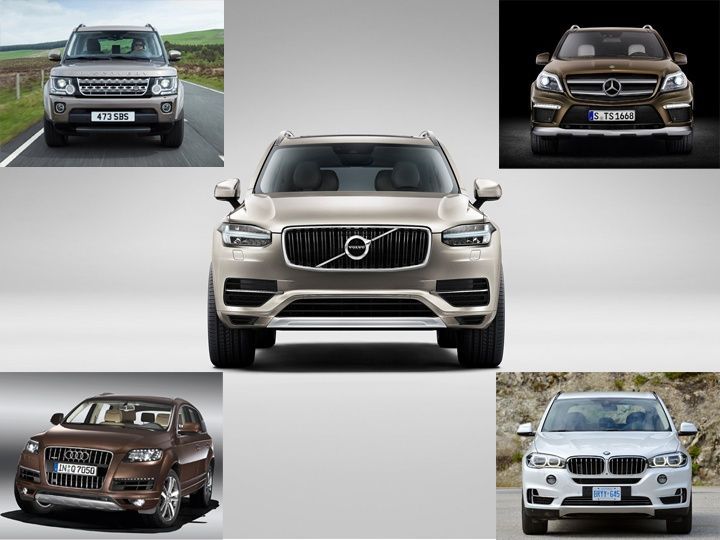 The Volvo XC90 has been launched at an absolutely staggering introductory price. We take a look at how this luxury SUV compares to its fierce and established competition, the Mercedes-Benz GL-Class, the BMW X5, the Audi Q7 and the Land Rover Discovery. Volvo in India is an extremely low volume manufacturer that makes some great, yet under appreciated cars. With a whole range of cars to choose from, the XC90 is Volvo’s flagship offering in India.

Luxury SUVs are all about how imposing they are on the road and although the XC90s design is as striking as it is imposing, on paper the large Volvo SUV is one of the smallest luxury SUVs available in India. Where the Volvo measures only 4807mm in length, the Land Rover discovery follows with 4829mm. The BMW X5 follows at a slightly longer 4886mm followed by the Audi Q7(5089mm) and the Mercedes-Benz GL-Class at 5120mm. Similarly, the Volvo is also one of the shortest when it comes to overall wheelbase at 2857mm compared the Mercedes-Benz GL-Class which has the most wheelbase at 3075mm.

Although all the SUVs here are seven seaters with enough space in the last road, the difference in overall weight is quite considerable. For example, the Volvo XC90 is one of the lightest cars here at 2080kg while the Mercedes-Benz GL-Class weighs in at a 2535kg! The BMW X5 too is quite light at 2075kg while the Audi Q7 weighs in at 2375kgs.

There is no denying the fact that the Volvo XC90 on paper looks underpowered. In fact, powered by a 4-cylinder 2.0-litre engine, compared to the 3.0-litre 6-cylinder engines in all the other cars, the Volvo XC90 might struggle for power at only 228PS and 470Nm of torque, especially when carrying a full load. Comparatively, the GL and the X5 both get 262PS with the former making 619Nm and the latter coming in at 560Nm. The Q7 and Discovery are both rated at 245PS of power but while the Audi makes the 550Nm, the Land Rover pulls past at 600Nm of peak torque.

That said, all these cars come with all-wheel-drive and apart from the Mercedes-Benz GL which has a 7-speed gearbox, all the other SUVs here get a modern 8-speed. When it comes to fuel economy though, even with its lower power, the XC90 manages well at 14.70kmpl, just a smudge below the X5’s range topping 15.35kmpl. The Mercedes GL is rated at 12kmpl and while the Audi manages 12.07kmpl, the Land Rover Discovery comes in last at 11.36kmpl on the Indian cycle.

Although all the cars listed here come packed to the gills with technology and features, the Volvo really sets itself apart by being the newest and the most radical of the lot. With its large and dominant centre screen which has won accolades from motoring press worldwide, the Volvo XC90’s clean and simple interior is a welcome change from the sea of buttons found in most of its competitors.

On the exterior front, the Volvo XC90 also comes with LED headlamps, a feature which we will soon also see in the likes of the upcoming Audi Q7. All five cars also get an optional Panoramic roof and a sunroof package.

Although these are introductory prices, the Volvo will eventually be more expensive especially as deliveries and demand for the car starts to increase. That said, with the new Audi Q7, the new Mercedes-Benz GLS and the new Land Rover Discovery around the corner, expect prices to eventually be even higher than what they are now making the Volvo even more value for money.

On the whole then, although the Volvo XC90 doesn’t have the might of the German brands behind it, the sheer value and differentiation it offers makes it extremely desirable for us, a sentiment that the Indian luxury SUV customers seem to echo too. 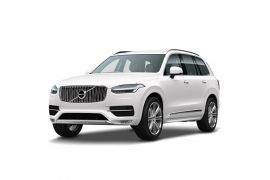