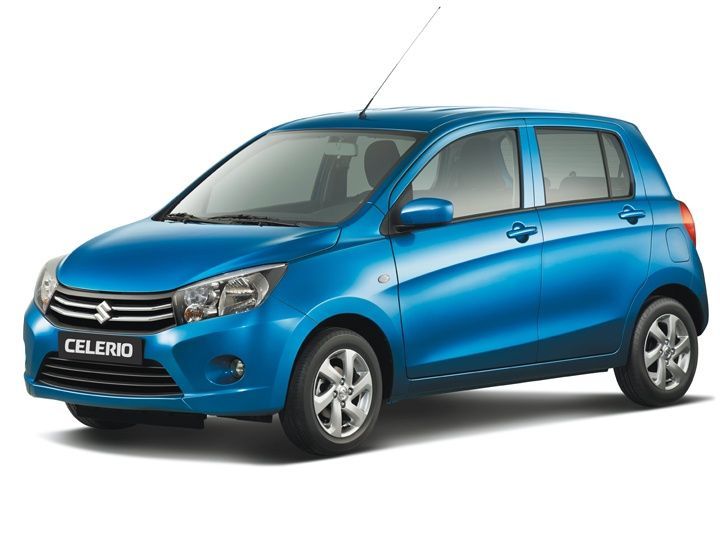 It hasn’t been long since Maruti Suzuki launched the Celerio, which makes it obvious that the diesel trim isn’t going to be cosmetically different from the petrol version. It will continue to sport the twin-slat grille up front accompanied by the swept back headlights. Needless to say, in profile too the diesel trim will look as we know it. At the back though, the only noticeable change will be the badges. The Celerio's design although contemporary isn't really outstanding.

It has been a while since the launch of the Chevrolet Beat, and in its minor update last year there wasn’t a sea of change, yet the car doesn’t quite look dated. Its tiny proportions and the sharp cuts all around give it a young and energetic disposition. In fact, it wouldn’t be wrong to say that it ranks at the top among the best looking cars in this class.

The Hyundai Grand i10 pleases with its stubby design language. The large hexagonal grille flanked by the pulled back headlights gives it a pleasing look. The diamond cut alloys and the side claddings add character to the profile. At the back too, the curvy design has creases in the right places to make the Grand i10 attractive.

In terms of dimensions, at 3,600mm the Celerio is the shortest of the lot. The Beat has an overall length of 3,640mm while the Grand i10 is 3,765mm long. But interestingly, the Celerio and the Grand i10 both have a wheelbase of 2,425mm with the Beat being the smallest at 2,375mm. Among the three, Grand i10 is the widest of the lot with a width of 1,660mm, while the Celerio comes a close second at 1,600mm. At 1,595mm the Chevrolet Beat isn’t as wide as both these cars and it shows even on the inside. All three cars are tall enough for sufficient head room even at the back.

Hyundai has set new benchmarks in terms of features it offers and the Grand i10 too comes with a long list of equipment. From Keyless entry, button start, reverse parking sensors and ABS and airbags for safety, the Grand i10 has it all. The Celerio as well as the Beat don’t come fitted with parking sensors, button start or leather wrapped steering wheel. But they do get ABS, Airbags, Bluetooth telephony, USB and AUX connectivity.

Under the hood the Maruti Suzuki Celerio gets an all new twin-cylinder 793cc heart. In this state of tune it makes 47.7PS and 118.6Nm. This essentially is the same Fiat sourced unit that we have seen on the Swift and the Ritz, but is missing a cylinder to make it a low displacement diesel mill. Now keeping in mind the figures, the Celerio diesel might come across as an underpowered car but consider the fact that it just weighs around 850kg, and the equation changes altogether.

The Chevrolet Beat too uses a very similar philosophy with the same Fiat engine. But from 936cc unit the Beat makes 57.5PS and 150Nm, which is considerably higher than the Celerio.  The Hyundai on the other hand too sports a three-cylinder engine but displaces 1,120cc and makes the highest power and torque rating among the three of 71PS and 160Nm.

Even with the petrol engine the Celerio had a claimed efficiency of around 23kmpl. While Maruti hasn’t revealed any information about the efficiency figures of the Celerio, we expect it to claim and ARAI certified figure of over 27kmpl, which will make it the most efficient diesel hatchback in the country stealing the title from the Chevrolet Beat which currently claims 25.44kmpl. The Hyundai isn’t far behind claiming 24kmpl.

Now for the price. Maruti Suzuki has launched the Celerio diesel at a starting price of Rs 4.65 lakh while the top-end trim costs Rs 5.71 lakh. The Chevrolet Beat diesel starts at Rs 5.05 lakh and goes right up to Rs 6.28 lakh while the Grand i10 is priced between Rs 5.51 lakh to Rs 6.74 lakh (ex-showroom Delhi).