Why did Maruti have to make a localised WagonR for India? Let’s compare the price, specs and features to find out 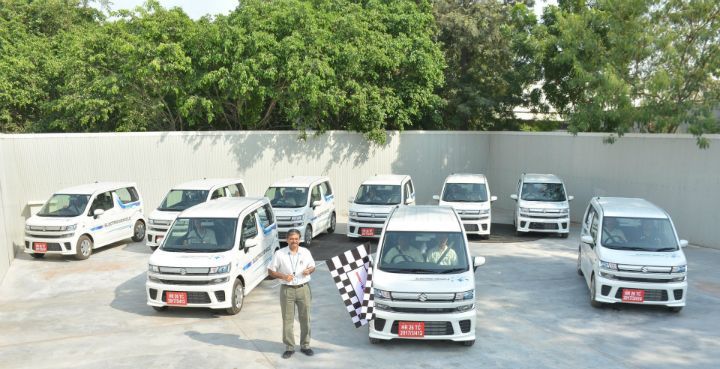 Some of you may have always wondered why Maruti does not simply bring cars made by Suzuki to India for Japan and make their cars look and feel as premium. The question may have been raised again after Maruti began teasing the all-new WagonR recently, especially if you looked at the design. The all-electric WagonRs being tested by the company in India look completely different to the one going on sale here in less than a week from now, but why?

Let’s compare the two see, shall we?

Maruti, by conceptualising, designing and manufacturing the car for Indian standards is able to price the WagonR very competitively. The build quality, features on offer and safety equipment will of course not be the same as the one available on the JDM car, but how many people would be willing to pay almost double the price for a car for those features?

The JDM WagonR is smaller than the one Maruti is set to launch in almost every way, except for the wheelbase. The made-in-India, made-for-India WagonR has to be able to accommodate 4-5 people, the JDM car can get away with being spacious enough for 2 people at most times.

The JDM WagonR does get adjustable rear seats which can be pushed back to seat four people comfortably but eats into its already small boot.

The new WagonR’s design has been completely revealed, and that was a point of contention for many. Maruti seems to have taken the ‘give it a nip and tuck’ route while designing the new car, but rather than taking inspiration from the sharper looks of the current JDM cars, they seem to have gone back in time.

The JDM WagonR FZ is what the new WagonR should have looked like, at least from the front.

This design style on the side, which separates the front and rear cabin, has not been able to make an impact on the Indian buyers before and is this is not featured on the Maruti WagonR. Remember the Skoda Yeti? The Nissan Evalia? Both these cars had the same design themes and both failed to make too much of an impact on the market.

Would you like this practical hatch design on the new WagonR?

The JDM WagonR has a very practical layout with disconnected design elements on the dashboard. The centrally placed instrument cluster would not work in India. The table-top storage space below the wide A/C vents may be useful, but lockable compartments are preferred by most car users in India.

The new WagonR is more powerful than the Japanese variant. This is not to say it is going to be sporty, but tractability with a full load of passengers is as important as efficiency. The Japanese car is also available with expensive CVT, micro-hybrid and full-time AWD systems which do not make so much sense in India. The WagonR will be fitted with an automatic transmission too, in the form of a more affordable 5-speed AMT gearbox.

We may make a hue and cry over the fact that the new WagonR does not resemble the JDM one, but Maruti knows what it’s doing.

Also Read: All the details of the upcoming Maruti Suzuki WagonR