The Force Gurkha has been given a major update, so what's new? 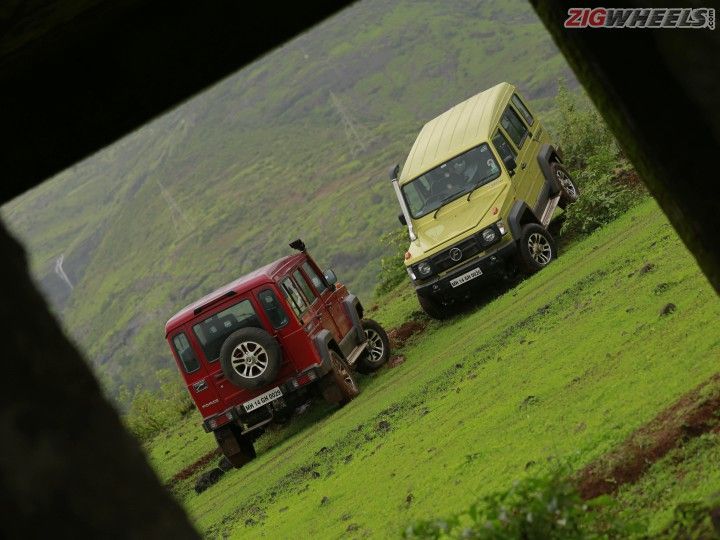 The Force Motors Gurkha has made a name for itself thanks to its exploits at the tough Rainforest Challenge (RFC) since 2014, but the company understands that it needs more than just off-road prowess to impress buyers.

While it was inevitable that the Gurkha, which was last updated in 2013, needed a BS-IV powertrain to sell it in cities across India, Force Motors has also decided to do update other aspects of the SUV to increase its appeal. The Force Gurkha is now available in two distinct variants - the 4x4(x4) Gurkha Xplorer and the long-wheelbase-only 4x2 Gurkha Xpedition.

The Gurkha looks much better than it did in 2013; back then it looked like the Gurkha had suffered from a botched plastic surgery. Now though, it is back to looking like a tough, old-school SUV. The Gurkha seems closer to its roots than ever before - it has a lot in common with the early Mercedes-Benz/Steyr-Daimler-Puch G-Wagen models.

The new fascia on both the Gurkha Xplorer and Xpedition consists of new headlight surrounds (with protective bars), a new metal grille and a short steel bumper with fog lamps. The unmissable chrome snorkel which snakes its way from the engine bay onto the driver-side A-pillar and goes all the way to the roof still remains.

From the side, the only changes are the wheel arch extensions, the all-black cladding and the new stickers. The gaudy 'E.O.V (Extreme Off-road Vehicle) 4x4x4' stickers from the previous Gurkha have been removed. The exhaust pipe sticks out from under the side-step on the driver's side. The test cars were fitted with the optional 16-inch ten-spoke alloy wheels which add a bit of flair to an otherwise simple design. The Force Gurkha is fitted with 245/70 R16 Apollo Apterra HT tyres as standard, Maxxis Bighorn tyres are offered as part of the official accessories.

At the rear, the changes are limited to the new steel bumper with integrated rectangular taillights (the previous Gurkha had circular ones).

The Gurkha Xplorer can be had either as a hard-top (as seen here) or with a soft-top. The Gurkha Xpedition is only available as a 5-door hard-top.

As you approach the Gurkha, you notice the exterior-mounted hinges for the doors. Give the old-school handles a tight squeeze and the doors open with quite some effort, you also notice the thick rubber retainer. From here on, it is clear that the Gurkha is as old school an SUV as you can get in this day and age.

Getting into the driver's seat is a problem, especially if you have a big paunch. The large, almost horizontal steering wheel along with the narrow door opening makes entering the Gurkha feel like a task fit for a contortionist. The large steering, limited-adjustable seat, high floor and the horizontally slanted pedals make finding a comfortable driving position almost impossible.

Force has not tinkered with the interior of the Gurkha with this update. The rev-counter sits in the middle of the dashboard in between the centre A/C vents, which is peculiar considering there is a lot of space in the instrument cluster. The lower centre console in the Xplorer now gets some new cubby holes to keep small bottles/cups, your mobile phone and other knick knacks.

What is surprising is that the Gurkha Xpedition, which is supposedly the more family-friendly, road-oriented version of the SUV, misses out on the storage unit altogether!

The cabin space is heavily restricted because of the high floor, you sit with your knees up. While there is a lot of space inside, the seats are very restricted in their adjustability. In the 5-door variants of both the variants, the second-row passenger space is also compromised; it is difficult to seat two 6 feet people, one behind the other.

The quality of materials used inside feel old, rough and utilitarian - I don't think your family will be particularly happy travelling in the Gurkha on a day-to-day basis. The A/C is powerful, which could cool down tempers inside the Gurkha. We never had to increase the blower speed past 1 - but it was a rainy day and ambient temperatures weren't too high either.

The Force Gurkha is powered by a BS-IV-compliant 2.6-litre, 4-cylinder, turbocharged diesel motor. Maximum power generated has increased from 82PS to 86PS, but it is still developed at the 3200rpm mark. Peak torque, though, remains the same as before at 230Nm, but is now developed over a longer rev-range between 1400-2400rpm (as opposed to 1800-2000rpm before).

The engine is paired to a new 5-speed manual transmission which has a conventional H-pattern shift design and a very easy to hold golf-ball like gear knob. The previous Gurkha had a dog-legged transmission with mechanical linkages, it was hard to shift and let in a lot of vibrations from the gearbox.

Force Motors was kind enough to offer the older Gurkha and help us understand how much the SUV has improved. The new motor is quieter and the vibrations are handled much better. The gear shifter slots in easier and doesn't try to rattle you left hand off. The light-action clutch is a welcome addition too.

On the road, the advantages of having coil springs over the earlier leaf spring setup are immediately noticeable. The Gurkha Xplorer, even in its short-wheelbase form, feels more planted on the road and takes undulations with more aplomb. The long wheelbase Xpedition feels even more comfortable.

The engine is at home in bumper-to-bumper traffic, where its torque can be used to keep the Gurkha moving along slowly. At 80kmph, the motor ticks along at 1850rpm; the fifth gear is long enough to allow the Gurkha to cruise along at highway speeds without making too much of a racket. The acceleration is sedated at best, and you need to plan your overtaking manoeuvres.

Take the Gurkha above 80kmph though and the ride becomes bouncy, reducing your confidence. Your mind also tells you that any emergency manoeuvres at higher speeds will not be a fun exercise in this 2-tonne plus SUV - especially because it lacks ABS. However, Force Motors says that ABS is available as an option.

Thankfully, the Gurkha Xplorer has not suffered in the off-road department because of the coil spring setup. It is as agile and easy to drive off-road as ever. The experience is enhanced thanks to the smooth and torquey motor, which needs very little motivation from the throttle to overcome obstacles. The large steering comes into its own in off-road situations; you can use its size to act as a leverage to keep the SUV pointing in the direction you want over difficult terrain.

In case you do get yourself into difficult situations, a manually-operated 4WD transfer case can help you get more traction. Our test 'track' was devoid of very difficult obstacles, it only required us to shift into 4H at most times to keep the Gurkha steady over slippery terrain. Even trickier obstacles can be handled by locking the front or rear or both axles for maximum grip.

The Force Gurkha Xplorer continues to be a great off-roading machine and is an improvement over the previous model. Force can improve its appeal by making it more comfortable for daily use by sorting out the ergonomic issues. Using better materials on the inside and offering more equipment will also make it a more aspirational product for many. For now, with a price tag of Rs 9.36 lakh (ex-showroom Delhi), the Xplorer remains an alternative to the Mahindra Thar as a capable off-roader.

The Force Gurkha Xpedition has me confused. Priced at Rs 8.38 lakh (ex-showroom Delhi, pre-GST) it is available with a 4x2 drivetrain only and is not as capable off-road as the Xplorer. As an alternative (which is much more expensive), you can choose the 5-door long-wheelbase Xplorer with 4x4 if you need a longer SUV for off-road purposes. If you intend to use it as a family hauler, there are many UVs at lower prices (Maruti Suzuki Ertiga, Renault Lodgy, Mahindra Xylo, etc.) which can seat a similar number of passengers more comfortably and are more economical to run too. The Xpedition needs major modifications for it to become the all-around SUV that Force claims it is.