Just like other special editions from the carmaker, the Cup Edition will feature cosmetic interior and exterior updates 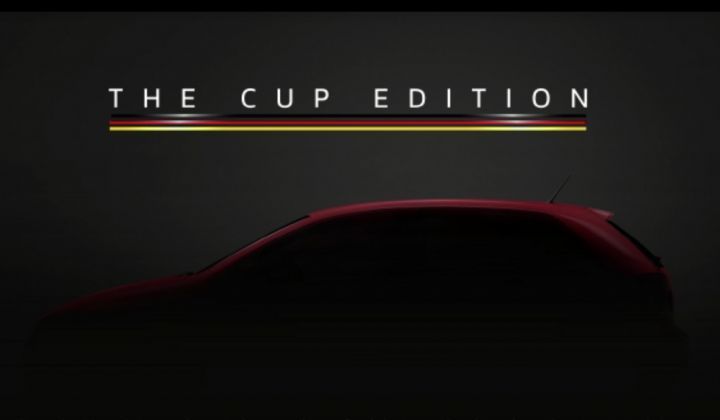 UPDATE : Volkswagen has launched the Cup Edition of the Polo, Ameo and Vento.

The 2019 Cricket World Cup is just around the corner and as the entire country prepares to get drenched in Blue, automakers seem to be looking to ride the wave by launching special edition cars. Volkswagen India has teased the ‘Cup Edition’ of the Polo, Ameo and the Vento.

Set to be unveiled on 29 May, the Cup Editions will feature cosmetic updates and special badging as a sign of support for team India at the biggest cricket championship in the world. Starting with the exterior, the biggest change is expected to be new 10-spoke dual-tone alloy wheels that feature a split dual-spoke design. Apart from that, the special edition variants will get a ‘Cup Edition’ badge with our tricolour embossed in it. To spruce things up, it will also get side body graphics. Based on the teaser, the new additions inside seem to include an all-new black upholstery with blue and white stripes.

While the ‘Cup Edition’ is a neat addition by the carmaker, it must be mentioned that Volkswagen has been launching more special editions rather than all-new cars in India of late. These include the recently launched ‘Black and White’ edition of the trio. However, there is some good news in store as facelifts of the Polo and the Vento have been spied in India.

While the Polo facelift will feature styling cues from the GTi, the refreshed Vento on the other hand borrows design elements from the Polo-sedan GT in Russia. Both the cars are expected to hit our roads by the end of 2019.

Accompanying the Polo and Vento facelifts will be the T-Roc SUV at the fag end of 2019 and the T-Cross compact SUV that is expected to launch in 2020. Apart from the two SUVs, VW will also bring in the next-gen Polo and Vento by 2021.