Toyota Innova Crysta Gets A Facelift And A Steep Rs 70,000 Price Hike 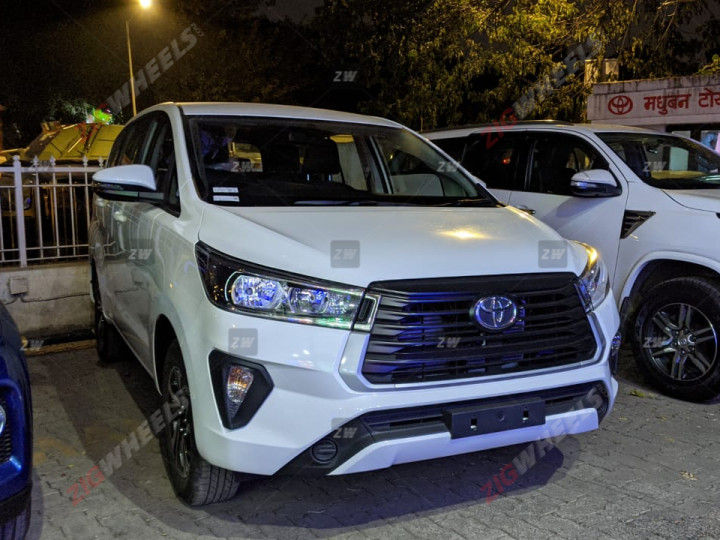 Toyota India has launched the facelifted Innova Crysta, priced between Rs 16.26 lakh and Rs 24.33 lakh (ex-showroom). It’s offered in three variants -- GX, VX and ZX -- with both petrol and diesel engines. Along with the design updates and new feature additions, the already pricey Innova Crysta has become pricier by up to Rs 70,000. For reference, the pre-facelifted Innova was priced from Rs 15.66 lakh to Rs 23.63 lakh.

The older G and G+ which were offered in the pre-facelifted model are still on sale, but only to fleet customers. They will continue to retain the outgoing model’s fascia.

The facelifted Innova’s redesigned front fascia, with a blacked-out grille and muscular bumpers, gives it a bold look. Changes at the side are limited to new dual-tone alloy wheels that range between 16- and 17-inches depending on the variant you pick. The rear end is the same as the outgoing model. The facelifted Innova is also offered in a new shade: Sparkling Black Crystal Shine.

Step inside the updated Innova Crysta and you’ll notice the dashboard layout remains similar to the outgoing model. But it now features a new Camel Tan upholstery on the top-spec ZX variant. The silver inserts on the dash have also been replaced by premium Gold colour. Lower variants continue to come with black upholstery.

It also comes with two additional features: a new 8-inch infotainment system with Apple CarPlay and Android Auto as well as front parking sensors. One can opt for connected car tech with geofencing, real time vehicle tracking, and last parked location as an accessory. Equipment such as LED headlamps, cruise control, a coloured multi-info display, steering-mounted audio controls, auto headlamps, and powered driver’s seat have been retained. Safety is covered by seven airbags, ABS with EBD, a parking camera, and traction control.

The facelifted Innova retains its predecessor’s 150PS 2.4-litre diesel and 166PS 2.7-litre petrol engines. Both engines can be had with either a 5-speed manual or a 6-speed torque converter automatic. The Innova continues to drive its rear wheels.

We were expecting the Innova to be launched next year, but Toyota could have taken the plunge now as car sales are on the rise. The updated Innova rekindles its rivalry with the MG Hector Plus, Mahindra Marazzo, and the upcoming Tata Hexa BS6.