It replaces the lighter and sportier Tectonic Blue shade 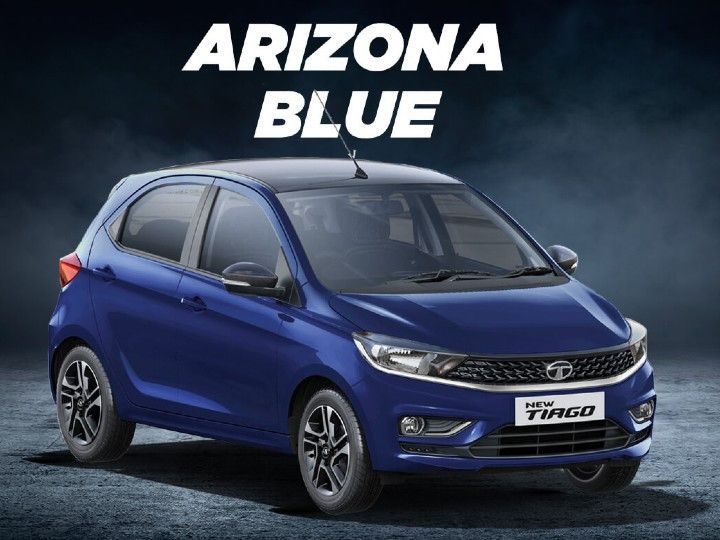 Since the Tata Tiago celebrated its first anniversary in January 2021, we’ve been seeing numerous updates to the facelifted model. After introducing a limited edition model and the XTA variant, the carmaker has now introduced an Arizona Blue colour option to the Tiago’s lineup. It joins the Victory Yellow, Flame Red, Pearlescent White, Daytona Grey, and Pure Silver in the Tiago’s colour lineup.

Arizona Blue isn’t exactly new for Tata Motors with the Tigor sedan also getting this colour option. Interestingly, it looks similar to the Royal Blue shade on the Safari. It replaces the lighter and sportier Tectonic Blue colour. Arizona Blue looks more elegant in comparison. It is offered in all the Tiago variants: XE, XT XZ and XZ+. The XZ+ variant can also be availed with a dual-tone contrast black roof for all six colour options.

The Tiago is powered by an 86PS/113Nm 1.2-litre petrol engine, mated with either a 5-speed manual transmission or AMT option.

The Tata Tiago retails from Rs 4.85 lakh to Rs 6.84 lakh (ex-showroom). It rivals the likes of the Maruti Suzuki Wagon R, Datsun Go, and the Hyundai Santro.