Okinawa To Challenge Revolt RV400 With Its First Electric Motorcycle

The upcoming electric bike will be priced under Rs 1 lakh 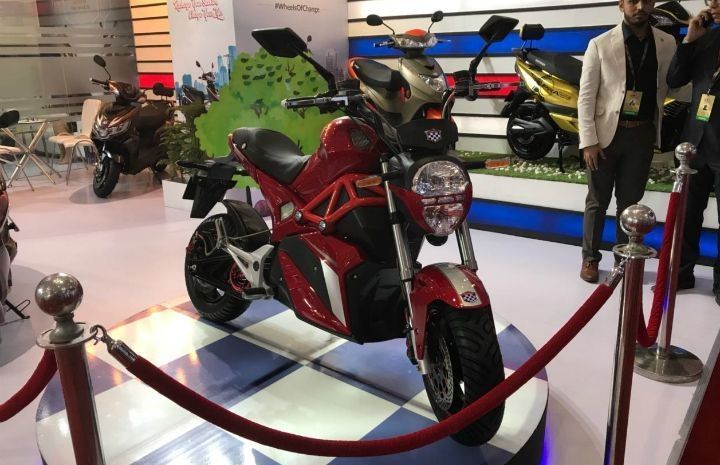 Image for illustration purpose only*

Okinawa, which is currently known for offering electric scooters in India, will soon be launching its very own premium electric bike to compete against the Revolt RV400. While there’s no word from the brand yet, we expect the bike to be launched in the first half of 2020.

Revolt Motors caused quite a stir with the launch of the RV400 and RV300 - India’s first electric bikes with a range of around 150km. But the icing on the cake was the brand’s innovative pricing strategy which allows customers to own either of the bikes for Rs 3,499 and Rs 2,999 (per month) respectively. Will Okinawa be able to trump this approach? Quite possible.

The company’s game plan includes an electric motorcycle which will be priced below Rs 1 lakh, has a claimed range of 150km per charge and a top speed of 100kmph. However, that’s all we know as the brand has been tight-lipped about the bike's specifications. Its feature list hasn’t been revealed either. But we hope it is on par with the RV400, if not better.

At present, Okinawa’s portfolio comprises of eight scooters including the newly launched PraisePro. Prices range from Rs 40,000 to Rs 1.16 lakh (ex-showroom). Expect Okinawa to slot the bike below the i-Praise Plus which sits at the top of the food chain.

The brand has been raking in the numbers thanks to the government’s push to adopt electric two-wheelers by 2025. To put things into perspective, Okinawa sold an impressive 45,000 units in the last fiscal year and aims to double this number by the end FY2019.