Nissan Magnite: A Datsun In Disguise?

The Nissan Magnite’s face might have reminded you of another vehicle, the redi-GO. What’s the story behind it? 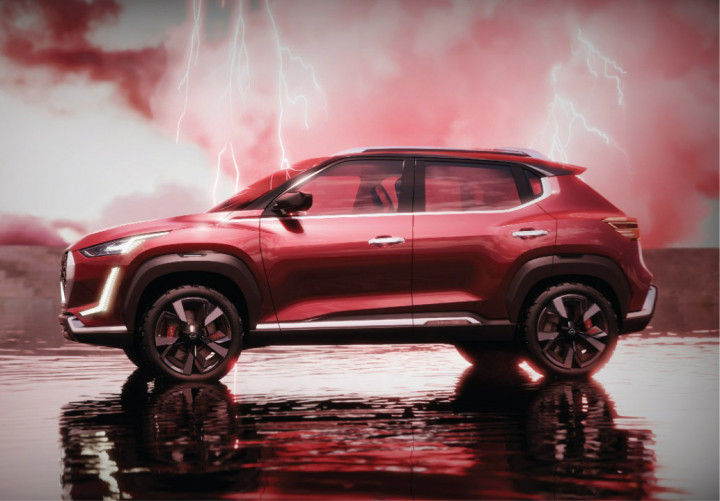 Wow, that’s a yummy Nissan! That’s exactly what we thought when the wraps were taken off the Magnite concept. This sub-4 metre concept looked like it could give the Hyundai Venue and Maruti Suzuki Vitara Brezza a bit of a scare. But, in its bold and stylish face we found something puzzling, a sense of deja vu. Sure all carmakers have a family look, but the slivers of familiarity that sparkled in the Magnite reminded us of... Datsun! You thought it too, right? Well, here’s why you thought that, and why it all makes sense.

The Alliance, as the Renault-Nissan-Mitsubishi combine is called, has been struggling through some rough waters since the last couple of years. I’m not going to crack any ‘Ghosn with the wind’ jokes, but there have been financial difficulties which have turned elaborate plans to be redrawn into simpler ones. This included redirecting brand Datsun, the prophesied champion for emerging markets, back into the cupboard.

While Datsun has already pulled out of Indonesia, its India journey will stretch longer. Read more about it here.  But, as Datsun slowly but surely strolls to the sunset, the focus on Nissan has sharpened. Thankfully. Nissan’s presence and force in the marketplace dwindled significantly, as can be seen from its lineup. Five offerings, that spanned from under 5 lakh Rupees with the Micra Active to almost two crores with the mighty Godzilla, is now down to two: the Kicks and the GT-R. But Nissan is ready to make a splash with the Magnite.

Just to set the tone here’s a picture of the recently launched facelifted redi-GO and the Magnite:

Seems a bit too familiar, right? Hit the rewind button and you will find that Datsun, Nissan’s sub-brand, was planning to utilise the Magnite name for a sub 4-metre SUV.  However, with Datsun heading to pasture like we mentioned, the focus sharpened on Nissan.

While it is still present in India, introducing a potent product like the Magnite under the Datsun umbrella in a highly competitive sub 4-metre segment would have only hamstrung its prospects. Sure, platform sharing and top-hat switching is the norm these days, but spending all the effort and time on a Datsun version would have made little sense under the new plan. Therefore, Nissan, a brand with better recognition, took up this project from Datsun for the Indian market. It was also looking for an India-specific product to make a mark. So now you know why the Nissan Magnite’s front-end looks similar to a Datsun.

The ‘L’ shape DRLs are a common theme, which along with the bold grille and sculpted bonnet give the front-end an imposing and intimidating look -- this is something that we Indians prefer. The sharply cut and narrow headlamps are another. The flat window line and the angular cuts into the C-Pillar also spell airiness and practicality. We particularly liked those large squared wheel arches and the butch body cladding, giving it a rugged essence. The rear-end also looks interesting with a tough bumper, a sculpted bootlid and split tail lamps. A tinge of sportiness is infused with the addition of a rear spoiler.

While the Magnite began its life as a Datsun, Nissan taking over this project we feel was a step in the right direction. Being a Nissan the Magnite doesn’t have the “just-the-basics” approach that Datsun followed in India. It is packed with features like a 360-degree camera, connected car tech and could even sport a sunroof. It could also have the performance chops as it could be powered by a 1.0-litre turbo-petrol engine that’ll be offered with both manual and automatic transmission options. While these will be offered on the higher variants, we expect the Magnite to start at an attractive starting price of Rs 5.5 lakh (ex-showroom). This isn’t wishful thinking as the Renault Triber, a seven-seat compact MPV based on the same CMFA+ platform as the Magnite, starts at Rs 4.99 lakh. Now do you think the Magnite is even more exciting?

We hope the production-spec Magnite retains as many design elements from the concept as it did make a huge positive first impression. Now we just can't wait to see and drive the actual car. What do you think about the Magnite? Will you buy it over its established rivals? Let us know in the comments below.