Next-Gen Mahindra Thar: What It Can Learn From The Iconic Ford Bronco 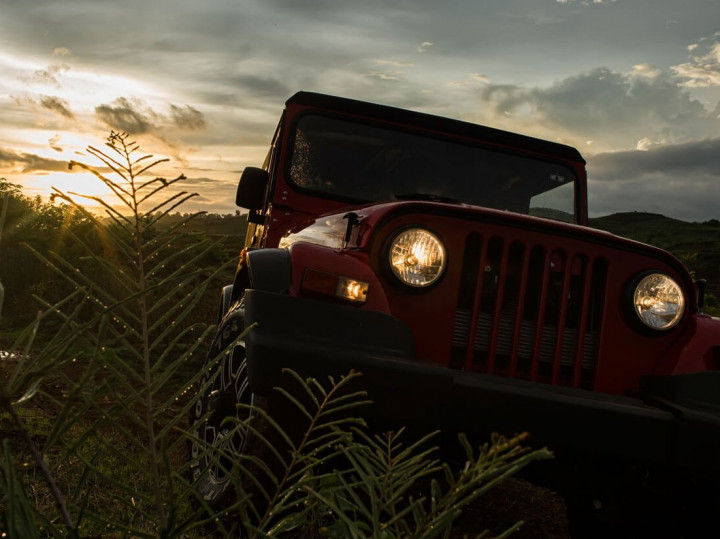 The next-generation Mahindra Thar is yet to be revealed but we know that it will have more to offer than its predecessor. With an impressive feature list, the new Thar will cater to a larger audience compared to the rugged off-road 4x4 SUV we know it to be. Even with so many new additions, what more can the Thar offer to ensure maximum appeal outside of its loyal customer-base? Maybe it can learn a thing or two from the new Ford Bronco.

The herculean task for the new-gen Thar is to break the long standing image of being just an old-school off-roader meant for enthusiasts without the creature comforts of modern SUVs. Sure, Mahindra will give the Thar a complete makeover. The one thing that it will still lack, however, is the availability of a more practical four-door setup.

This statement may rile some fanboys but let's put this into perspective. Ford recently revived the Bronco nameplate after twenty five years, adapting to the current waters with ease. The Bronco is now offered with the option of four doors the first time. Don’t you think Mahindra could've made this happen with the new Thar? With the new features and powertrain options (specifically the expected 2WD and automatics), the Thar is set to tackle a whole bunch of new customer bases and a family-friendly four-door option to top it off would have been perfect.

Despite that, the new Thar in all its glory will no longer be just a barebones SUV you pick up for a weekend joyride through the wilderness and park back in your garage during work days. The next-gen Thar will come with a bunch of standard safety features. These include ABS with EBD, dual front airbags, rear parking sensors, and disc brakes on all wheels. What’s more, the top-end variant could also feature a rear parking camera.

Since its inception, the SUV is not known for providing much comfort but that too will soon change. Features like auto AC, a touchscreen infotainment system, digital MID, cruise control, and steering mounted controls will make you feel like you’re inside an urban SUV rather than a rugged off-roader. It will also cater to the everyday family transportation requirements, with front facing back row seats instead of the uncomfortable jump seats.

While the design of the Thar resembles that of the Wrangler, there is another feature which will be borrowed from the Jeep. The next-gen Thar will likely come with a removable hard-top roof, meaning you can be a regular city-road driver during work hours and a badass open-roof off-roader while vacationing. This is the first time the Thar will be offered with a factory-fitted hard-top roof instead of the traditional soft-top one. Another city-driving preference which the Thar is expected to receive is the 2WD option along with the standalone traditional 4x4, making it not just affordable but also fuel efficient.

The mechanical front too will see some major upgrades. Opting for both practicality and fuel efficiency, the new powertrain options will definitely be more appealing. The Thar will welcome an automatic transmission for the first time along with a new petrol engine and a revised  manual transmission. The newest engine is expected to be a 2.0-litre turbo-petrol unit producing 190PS. The Thar is likely to share its diesel engine with the Scorpio; the 2.2-litre mill which puts out 140PS and 360Nm. The spied diesel variant featured an automatic transmission while the petrol version is expected to receive the same options.

So Mahindra, we hope you’re listening. We know you’re trying to widen the Thar’s appeal but why not go for perfection with a four-door setup? As far as you readers are concerned, let us know in the comments if you feel the Thar should not miss out on this.