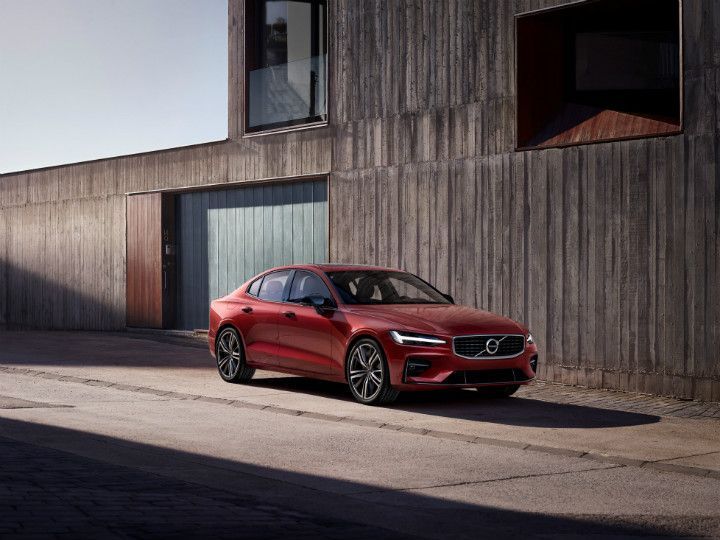 The Volvo S60 has been off the floors for a while now, but the Swedish carmaker is set to bring back its entry-level sedan in its latest iteration, which has just been unveiled in the country. It will be launched in the first quarter of 2021 and will take on the likes of Mercedes’ C-Class, BMW’s 3 Series, and Audi’s upcoming facelifted A4. The S60 will be offered in a sole T4 Inscription variant.

While the outgoing car was based on previous owner Ford’s platform, the new S60 relies on Volvo’s own SPA architecture, which underpins the S90. In fact, the new S60 looks like a mini S90 inside-out. Typical Volvo design elements such as the LED headlamps with Thor’s hammer DRLs and the C-shaped LED tail lamps have been retained, but the rear-end looks different as the number plate housing is on the bootlid. That said, our favourite bit has to be its sleek silhouette. The design looks fresh despite the S60 being a two year old model.

No complaints on the inside as the dashboard is similar to all Volvo cars, including the flagship XC90 SUV. The central console is dominated by a Tesla-esque style 9-infotainment system through which you can access all the features. Even the driver gets his own digital instrument display with various different themes and modes.

Volvos are known for safety and the S60 is no different. It comes with lane keep assist, road sign information, city safety, run-off-road protection and mitigation as well as Pilot Assist. The last one is basically autonomous driving capabilities up to 130kmph, where the car takes care of throttle, accelerator, steering and brake inputs. Comfort features include a Harman Kardon sound system, four-zone climate control, powered front seats, panoramic sunroof, auto headlamps and wipers, as well as a wireless phone charger.

The India-spec S60 will be offered with only a petrol engine and there won’t be a diesel option anytime soon. The engine in question is a 2.0-litre turbocharged unit developing 190PS of power and 300Nm of torque. It’s the same engine found in the XC40. You can read how it performs in our first drive review of the XC40. Power is transferred through the front wheels via a 8-speed automatic transmission.

The new Volvo S60 is likely to be priced around Rs 45 lakh (ex-showroom). Bookings will be open in January with deliveries set to begin in March 2021. We’ll be driving it real soon, so stay tuned for our first impressions.

View All
View All
Trending Volvo Cars
All Volvo Cars