Gets updated design inside out and new touchscreen infotainment system, prices increased by less than Rs 50,000 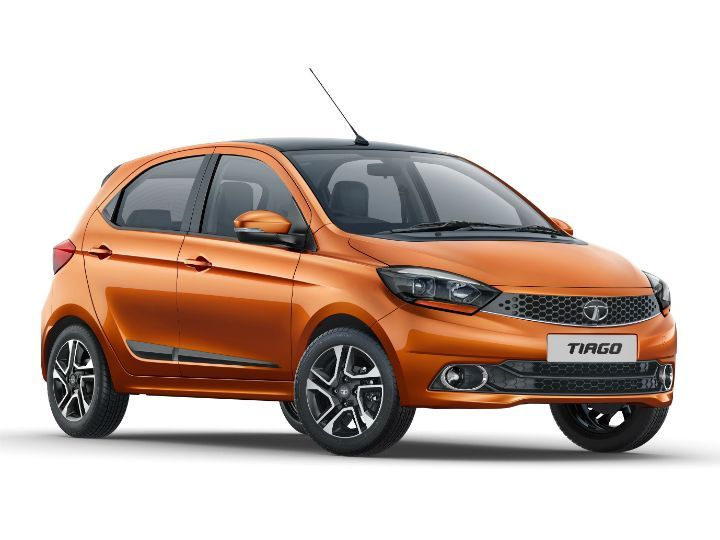 The Tata Tiago XZ+ has been added to the range as the new flagship variant of Tata’s popular hatchback. The changes are comprehensive enough to catch people’s attention, and the price hike is small enough to make them consider buying it.

Let’s look at the prices of the new variant and how it compares to the older top-end variant, the XZ:

As you can see in the picture above, the changes on the outside of the new Tiago XZ+ variant include a new dual-tone paint. This essentially adds a black roof and roof-mounted spoiler but is limited to the Berry Red, Pearlescent White and the exclusive Canyon Orange and Ocean Blue colours. The Titanium Grey and Espresso Brown colours cannot be had with a black roof or spoiler.

Other changes on the outside include dual-barrel smoked headlamps with projector lamps first seen on the Tigor facelift, and later on the JTP twins.

While 15-inch dual-tone alloy wheels are exclusive to the XZ+ petrol, the 14-inch alloy wheels can only be had with the XZ+ diesel. There's new side-body moulding and a new chrome accent on the tailgate too along with auto-folding electrically adjustable ORVMS.

Also Read: The Tata Tiago JTP and Tigor JTP should pacify the enthusiast in you

Changes on the inside include a new fully automatic climate control system.

Tata has also added the 7-inch touchscreen infotainment system which debuted on the Tigor facelift. This Harman designed system gets Android Auto smartphone connectivity along with voice recognition, SMS notification and read-outs and digital display for the climate control. An additional two tweeters should make the sweet sounding music system even more adept.

The touchscreen system also adds the ‘Tata Emergency Assist’ function to the Tiago, which could call emergency services automatically if the system senses an accident.

All this, for an additional cost of Rs 33,000 and Rs 42,000 for the diesel and petrol XZ+ variants respectively over the XZ variant, makes it quite an attractive option. The addition of a reverse parking camera would have made it even more attractive and given it some more ammo to take on the new Hyundai Santro and the Datsun Go.