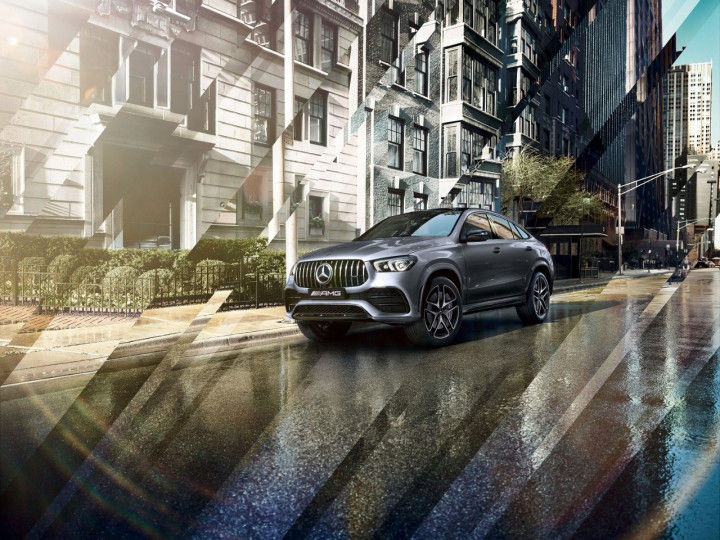 Mercedes-Benz India will soon introduce its first member of the AMG 53 series in the form of the new GLE Coupe. Bookings for the AMG GLE 53 Coupe are set to start from September 8 with its launch set for September 23. The GLE, now in its fourth-generation, is currently available in four variants since its launch in January 2020. The upcoming variant will be the first ever coupe version of the new GLE in India.

Fans of the new 2020 GLE are treated to good news as the AMG variant finally makes it to our shores. Powered by an 3.0-litre inline-six AMG-tuned motor which puts out 435PS and 520Nm, the Coupe will also be backed by mild-hybrid tech in the form of an EQ booster starter-alternator. This further gives a temporary push of 22PS and 250Nm while powering the 48V electrical systems onboard.

Significantly more powerful than the “ordinary” GLEs, it gets a limited top speed of 250kmph and will be capable of hitting 0-100 kmph in just 5.3 seconds. The engine will be mated to a 9-speed automatic transmission with power sent to all four wheels via Merc’s 4MATIC system.

In addition to the fancy luxuries of a normal GLE Coupe, the AMG GLE 53 4Matic+ gets AMG active ride control roll stabilisation, AIRMATIC suspension, and more. The Coupe gets an additional rear diffuser in addition to the Coupe design updates seen earlier.

The GLE 43 AMG, which was on sale earlier, retailed at a price tag of Rs 99.2 lakh. We can expect the 53 Series member to be priced at a premium over this when it is launched in the last week of this month.