The New-gen Isuzu D-MAX: As Safe As A 2-Tonne Pickup Can Get 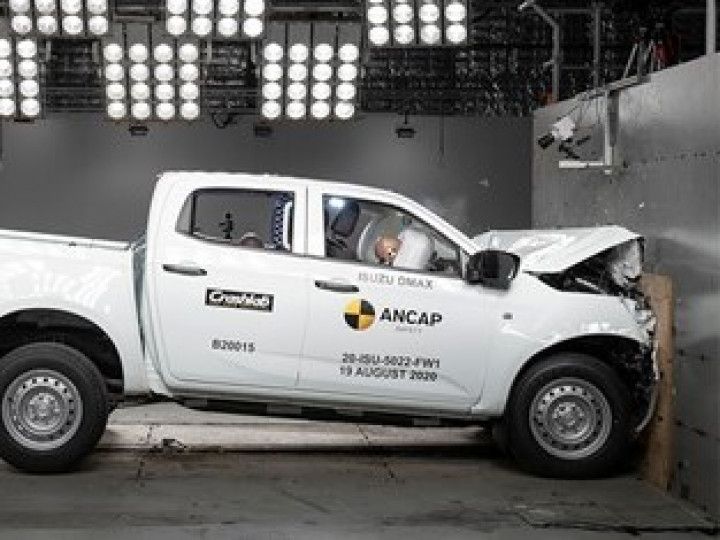 Inside the cabin, the D-Max scored 84 percent in adult occupant protection. The SUV showed stability in the passenger compartment in the offset frontal test, but it lost out in driver’s protection. The driver’s chest received only marginal protection, whereas the right knee was susceptible to injury. The overall inside protection was rated marginal due to structures in the dashboard which were considered a risk to occupants of all sizes.

For most of the crash tests, the SUV provided good protection to critical areas of passengers. These crash tests included a full-width rigid wall test, a side barrier test, and the more severe side pole impact test in which the D-Max scored maximum points. The good protection can be partially attributed to the center airbag which prevents occupants from injuring each other in a side impact. The D-Max was, however, penalised for the damage it could cause to the other vehicle, judging from the deformation caused in localised areas to the barrier.

Safety features such as the multi-collision braking system, e-Call system (emergency call), lane assist system, speed assist system, and automatic emergency braking led to the D-MAX scoring 83 percent in safety assists protection. Thanks to its ISOFIX anchors at the rear, it also scored 86 percent in child occupant protection. The large size and weight of the pickup SUV caused it to score just 69 percent in vulnerable road user protection. Overall, this added up to a 5-star safety rating for the SUV.

The variant put to test was the standard 1.9-litre diesel-powered D-MAX. The new-gen SUV is likely to arrive in India as the D-Max V-Cross. It has not been on sale in India ever since the country shifted to BS6 emission norms. If it makes it to India, expect it to be priced around the Rs 16.5 lakh (ex-showroom) mark.