Mitsubishi Eclipse Cross Gets A Mid-life Update, Could Be India Bound

Could be a notable rival to the Jeep Compass in India 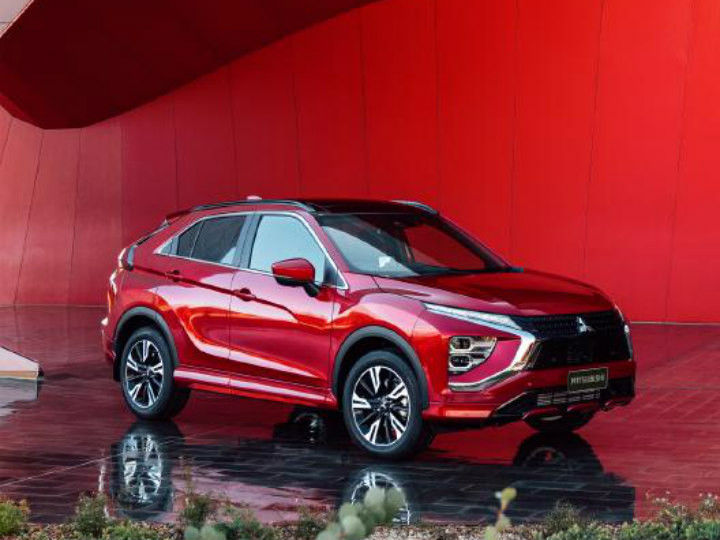 Mitsubishi hasn’t really had much of a presence in the Indian car scene of late. Their latest launch was the Outlander all the way back in 2018. But the company at the same time had also confirmed the Eclipse Cross being considered for India. Well, the SUV has recently received a mid-life refresh globally, and there are plenty of changes to talk about.

On the outside, the Eclipse Cross gets an evolved front end with the headlamps repositioned towards the fog lamp housing. Replacing the headlamps are sleek DRLs. It also gets a redesigned bumper, and less chrome on the grille than before. The most notable change is at the rear, where a conventional rear window design has replaced the polarising split design from before.

Heading inside, it gets new black interior upholstery with silver and light grey accents all around, though we should note that upholstery is market-specific. There’s also new equipment in the form of a larger 8-inch touchscreen infotainment system that’s now positioned closer to the driver and front passenger. Other highlights include volume and turning knobs flanking the touchscreen infotainment system, with the old school touchpad that was previously used for multiple functions being removed for more storage space on the centre console.

Mechanically, the facelifted Eclipse Cross remains unchanged with a 1.5-litre turbo-petrol engine doing the business. It makes 163PS/250Nm and comes mated exclusively with a CVT. It is offered in 2WD and all-wheel-drive options. There’s also a plug-in-hybrid variant that will be introduced later, which packs one rear high-power electric motor, a large-capacity drive battery and a 2.4-liter MIVEC engine. There’s no word yet on the fate of the 2.2-litre turbo-diesel engine.

The updated Mitsubishi Eclipse Cross will go on sale globally later this year, with the PHEV variant coming in early 2021. Back home, the Eclipse Cross could launch towards the end of 2021 with prices likely to start around the Rs 20 lakh mark if it is locally assembled in India. Rivals could include the Jeep Compass, Volkswagen T-Roc, and Hyundai Tucson.