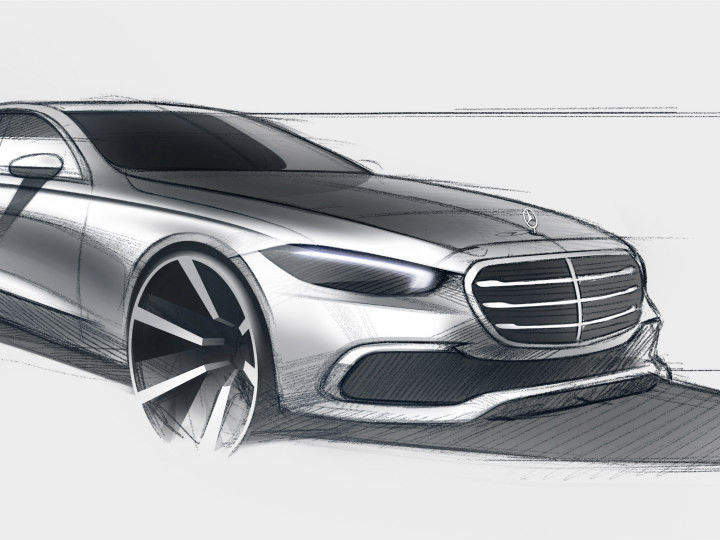 After a host of teasers and spy shots, the countdown to the premiere of Mercedes Benz’ next-generation S-Class (W223) luxury barge has begun. The carmaker has now revealed the final teaser of the 2021 S-Class and announced that it will make its global debut on September 2. It will feature a heavily reworked design as well as a touchscreen-laden cabin.

While the teaser image is a design sketch, we’ve already got a glimpse of the real design via teasers and spy shots.  The next-gen S-Class sports a sharper design philosophy that is more akin to modern Mercedes-Benz models such as the recently unveiled E-Class facelift. You still get that familiar-looking grille and the tri-star ornament mounted on top of the hood. Other notable bits include sleeker headlamps and tail lamps, as well as chrome all around.

Mercedes-Benz has already taken the wraps off the 2021 S-Class’ interior. It ditches the old-school cabin layout for a modern digitally laden cabin with up to three digital screens at the rear, a 12.8-inch main touchscreen infotainment system in the centre with the latest MBUX user interface, and a new 3D view driver display. Another nifty feature is  Energising Comfort Control which suggests an appropriate fitness programme based on your sleep patterns, stress levels and age via analysis data from either a smartphone or a fitness band.

Other highlights include adaptable ambient lighting, a three-spoke steering wheel with touch-based controls, a head-up display with augmented reality that works with the navigation system, and gesture controls for opening and closing of the sunroof as well as operating the touchscreens.

Technical details are yet to be revealed but reports suggest a set of petrol and diesel engines along with a hybrid powertrain. Expect spicier AMG versions and the ultra-luxurious Maybach edition to join the lineup after the standard model’s global debut.