Almost all buttons and knobs have been replaced with touchscreens, uplifting the overall ambience of the S-Class’ cabin 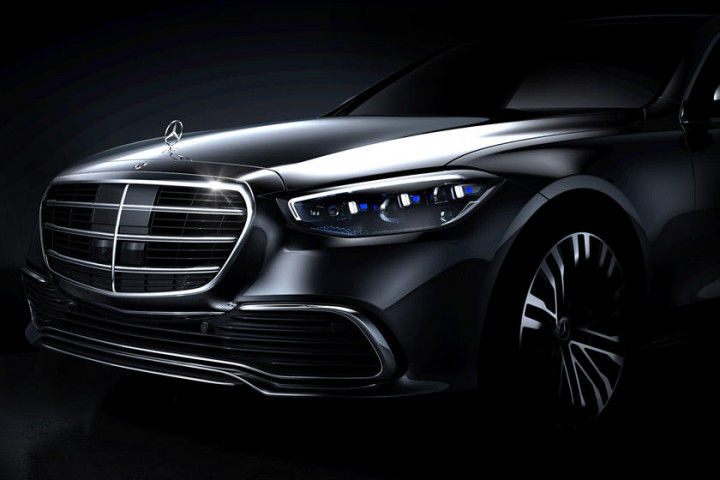 That the S-Class is all set to get a generation update is no secret. The upcoming BMW 7 Series and Audi A8L rival has already been teased and its interior will feature a minimum of at least five screens. Now, the Stuttgart carmaker has taken the wraps off the upcoming S-Class’ interior. Does it impress?

Yes, indeed. The S-Class’ interior ditches its old-world charm for a more modern look and we’re pretty sure it won’t disappoint you. The main highlight is the portrait-oriented 12.8-inch touchscreen infotainment system which replaces all the knobs and dials on the centre console. Almost all features can be accessed through it and it’ll feature the latest MBUX user interface as well.

Other interesting highlights are the sleek three-spoke steering wheel that features touch-based controls, and the tablet-style digital instrument display. One more bit we particularly like is the sleek AC vents that sit above the infotainment system. And as like previous generations, we expect the cabin of the new S-Class to be draped with the highest quality leather, wood and aluminium available!

The 2021 S-Class’ ambient lighting also has a few tricks up its sleeve. It’s linked with certain features and changes the animation based on the functions. For example, the blind spot assistant will warn you with a red animation incase of an impending collision.

Another talking point is the Energizing Comfort Control which takes a fit and healthy approach. It’s capable of suggesting an appropriate fitness program based on your sleep, stress and age. But how does the system analyze the last three factors? Simple, you can hook up either a suitable smartphone or a fitness band and the system gathers info from these devices.

And in typical S-Class fashion, priority will be given to rear seat occupants. Just like the existing model, we expect it to be offered with a proper aircraft-style twin seat layout with all creature comforts like massaging seats, ventilated seats, sunblinds, infotainment screens and even a refrigerator to cool your bottle of champagne.

The 2021 Mercedes-Benz S-Class is expected to make its global debut in the coming months and we expect it to reach India later in 2021. Expect it to be priced around Rs 1.4 crore, putting it in the ballpark of Audi’s A8L and BMW’s 7 Series.