The German luxury car maker has started to assemble the Mercedes-Benz GLC at its Indian plant, helping the company reduce the popular SUV’s price further 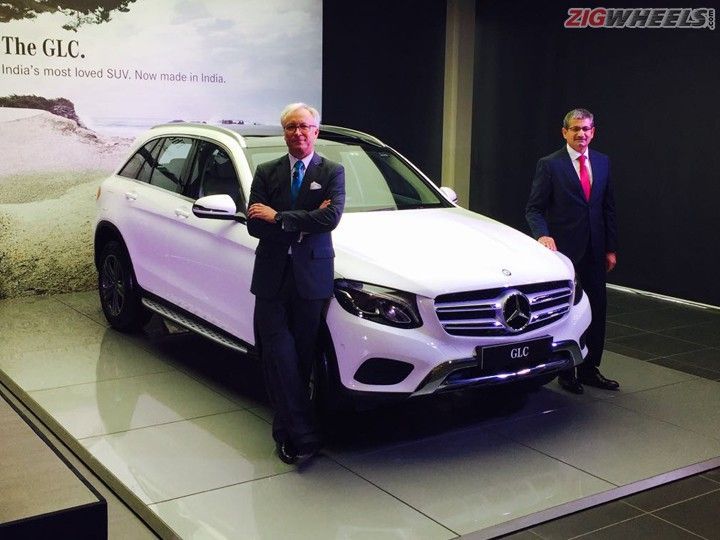 In just four months since its launch, the Mercedes-Benz GLC luxury SUV has become one of the bestselling models for the company in India. To keep the demand growing, Mercedes-Benz India, which till now was importing the SUV as Completely Built Units (CBU), has decided to start assembling the GLC at its plant located at Chakan on the outskirts of Pune. Roland Folger, MD & CEO, Mercedes-Benz India along with Piyush Arora, Executive Director, Operations, Mercedes-Benz India rolled out the ‘Made-in-India GLC’ today from its Indian manufacturing facility.

The local assembly will not just help the German auto major cope up with the rising demand for its SUV, but will also help reduce the price of the Mercedes-Benz GLC, which when imported as a CBU was attracting huge taxes and duties in India.

Like most popular SUVs, the Mercedes-Benz GLC is available in both petrol and diesel engine options, both mated to a 9-speed automatic transmission. The GLC 300 comes with a 1991cc petrol motor which can whip out 245PS and 370Nm. The diesel GLC 220 is a 2143cc unit good for 170PS and 400Nm.

Positioned in between the company’s entry level SUV, the Mercedes-Benz GLA, and the more premium Mercedes-Benz GLE, the Made-in-India GLC competes with the likes of the Audi Q5 and BMW X3.