With Mercedes-Benz having launched the GLC at Rs 50.7 lakh (ex-showroom, Pune), the GLC-Coupé is likely to be priced close to Rs 55 lakh mark 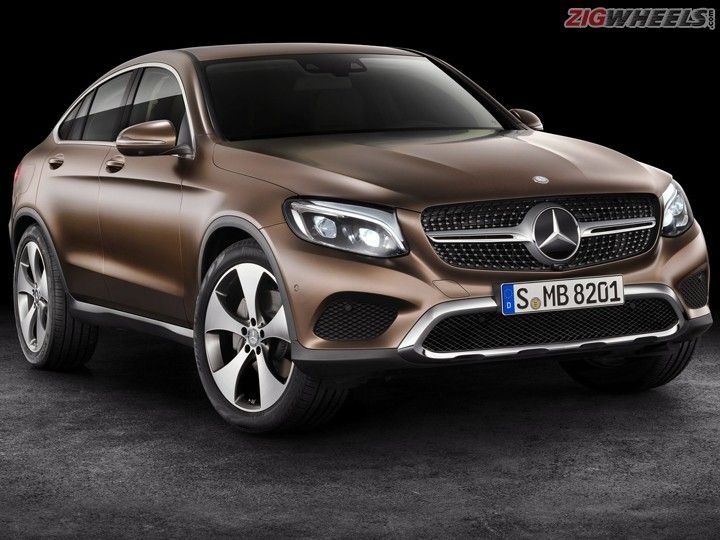 Luxury car manufacturer Mercedes-Benz currently has a wide model range under its portfolio for the Indian market. The German manufacturer had introduced 15 new cars in 2015 and has planned for a dozen more for the current year. If that was not enough, for the year 2017 Mercedes-Benz is likely to launch the GLC Coupé in India. Based on its elder sibling, the GLE Coupé, the luxury SUV will offer a combination of a multifunctional vehicle along with the emotion of a Coupé.

The GLC Coupé in terms of looks pretty much follows the same design ideology as the normal GLC, but beyond the B-pillar, the roof takes a sloping downward path which gives the SUV the characteristic coupé inclination. The front features a steeply raked diamond grille instead of the twin-slat grille. The bumper sport a larger air dam and are styled more aggressively that compliments the overall stance of the vehicle. The sloping rear ends with a nicely incorporated lip spoiler above the sleek tail lights. The Coupé comes with blackened side mirrors and bigger alloy wheels as well.

Under the hood, the GLC Coupé is most likely to come with either the 220d or the 250d for the diesel variant. Both these engines are capable of producing 170PS and 204PS of power respectively. As far as a petrol variant is concerned the GLC Coupé might just also be offered in a hybrid avatar as the 350e variant. The engine will come mated to a 9G-TRONIC automatic gearbox. The GLE Coupé comes packed with a long list of safety features like eight airbags, pre-safe system, ABS, ESP, DSR to name a few.

The GLE Coupé is expected to be introduced by the three-pointed star brand in the beginning of 2017. The Coupé will carry a sticker price that is slightly above the normal GLC and will be around the Rs 55 lakh mark.