Just three weeks after the GLC SUV was revealed, the Coupe makes its debut with not-so-similar changes 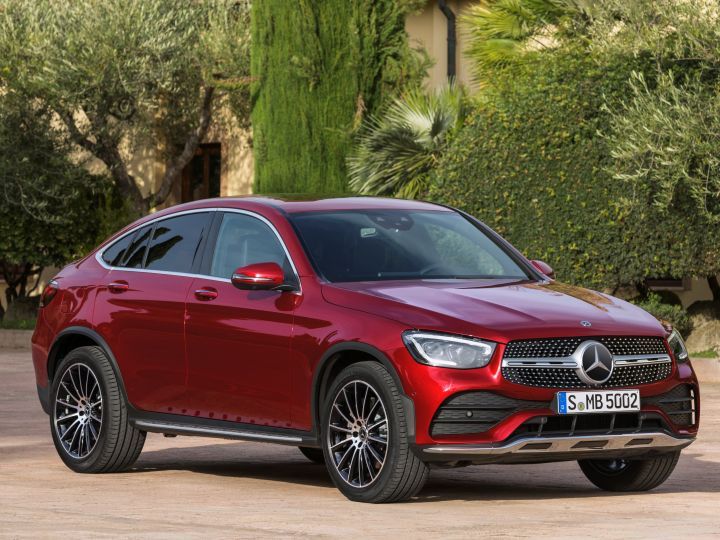 Mercedes-Benz has revealed an updated version of its GLC Coupe. While the cabin is identical to the one of the GLC facelift that was unveiled a few weeks ago, the exterior updates give it an identity of its own. The biggest changes, however, are under the bonnet and the infotainment system.

The GLC Coupe gets a new front grille and a sporty bumper. Unlike the GLC's double slat setup, the coupe gets a diamond radiator grille flanked by LED High-Performance headlamps that are shared with the SUV. And while the SUV has chrome elements on the air dam, the Coupe gets it in the grille itself. At the rear, the wraparound taillamps and the integrated kink on the boot give it a very clean look. Overall, the GLC Coupe looks more like a lifestyle vehicle rather than a full-blown SUV.

The key differentiators lie on the inside, though. The GLC Coupe’s cabin gets a magma grey interior theme, which the regular GLC doesn’t. The cabin also features a 12.3-inch display in front of the driver and a 10.25-inch at the centre of the dashboard, both of which can be controlled with the new MBUX infotainment system. The driver now gets the added convenience of a trackpad in the centre console, a multifunction steering wheel with touch control buttons, and a new and improved voice command.

Powering the SUV is a new lineup of BSVI-compliant diesel engines and micro-hybrid petrol engines. They are paired to a 48-volt onboard electrical system which provides a mild boost during initial acceleration, allowing fuel savings and better off the line performance. The GLC 200 and the GLC 300 are powered by a 2.0-litre, 4-cylinder engine with outputs of 197PS and 258PS, respectively. The diesel GLC 200 d, GLC 220 d and the GLC 300 d make up the diesel lineup with power figures of 163PS, 194PS and 245PS, respectively. All of these engines get 4MATIC four-wheel drive system as standard.

The GLC Coupe also gets driving assists like exit-warning function, emergency-corridor function and tail-end-of-traffic-jam function and a new Trailer Manoeuvring Assist, which provides assistance when manoeuvring in reverse. It also gets a 360° camera for all-around visibility.

While it's possible that Mercedes-Benz GLC Coupe might make its way to India, we would place our bets on the GLC 43 AMG facelift variant cominng in first by 2020. When launched, it will compete against the BMW X4, which is priced from Rs 60.60 lakh, ex-showroom.