The S-Presso And Kwid Battle For Entry-Level Supremacy Is On!

Which of these so-called mini SUVs is winning when it comes to sales? Find out 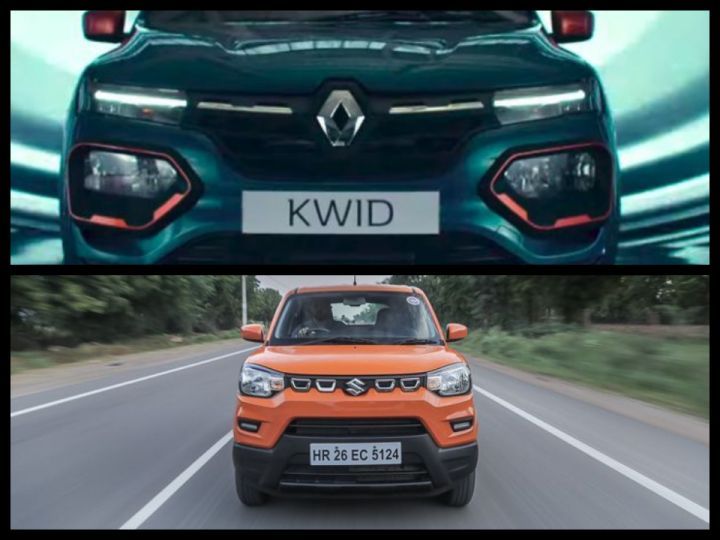 It’s been a month since the Maruti Suzuki S-Presso and the Renault Kwid were launched in India and we wanted to check how buyers had responded to the new cars. Maruti had told us on October 11 that it had received 10,000 bookings for the S-Presso, and now the company has sold more than 15,000 units since launch. Priced from Rs 4.33 lakh to 4.84 lakh, the Kwid is closely matched with the Rs 3.69 lakh to 4.91 lakh S-Presso. Sales of the Kwid had been slowly decreasing, from about 5,000 units per month in April to about 2,190 in August. With the launch of the facelift, they are now back up to 5,000 units. Here’s a comparison of sales figures of the two cars:

According to a press release from Renault, the Kwid has sold over 3 lakh units in the country since it was first introduced in May 2015. It is Renault’s most affordable offering and was the best-selling Renault until the Triber overtook it last month. However, sales of the Kwid have picked up since the new facelift was launched, with 5,384 units sold last month.

The numbers look promising for both cars — remember, they were both launched at a time when the automotive industry was struggling in the face of dwindling demand. But looking at the success of the Hyundai Venue, Kia Seltos and the MG Hector, new product launches have worked well for most companies and segments in the past two months.

It must be noted that the Kwid and S-Presso are in a segment of their own: the mini-crossover-hatchback or mini-SUV segment. Tall hatchbacks with high ground clearance, with 1.0-litre engines and front-wheel-drive, the two cars fall in a unique niche in the entry-level market. As budget hatchbacks, both vehicles offer equipment like touchscreen infotainment and steering-mounted audio controls — features which used to be the reserve of higher-priced cars just a few years ago. This also means stiff competition from not just entry-level cars like the Maruti Alto K10 and 800, but also vehicles like the Maruti Wagon R and Celerio, Datsun GO and GO+, and the Tata Tiago.