The Wrangler now arrives as a locally assembled model, instead of being directly imported like before 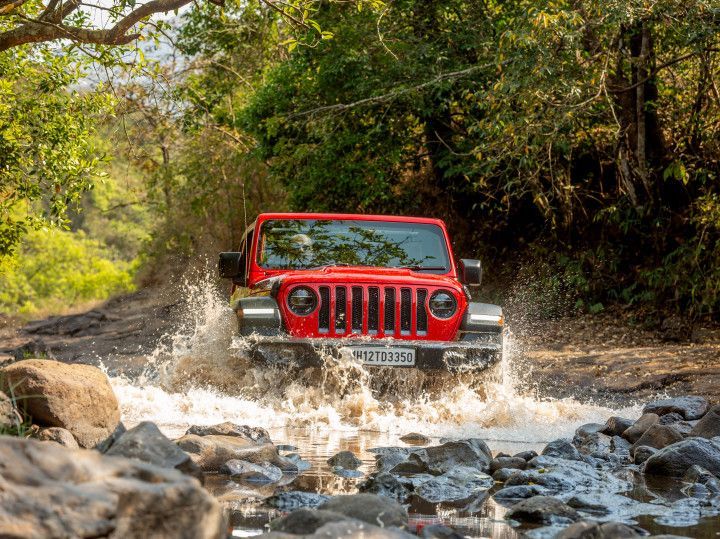 Jeep has launched the locally assembled Wrangler in India. The venerable SUV is imported as a completely knocked down (CKD) unit, instead of completely built-up (CBU), and will be assembled locally. It is priced from Rs 53.90 lakh (ex-showroom) onwards, a full Rs 10 lakh cheaper than its CBU predecessor. Production of the SUV began around a month back at the FCA-Tata Ranajangaon facility where the Compass is also produced.

The Wrangler is available in two variants: Unlimited and Rubicon. Both variants come with a choice of five colours: white, black, grey, granite, and red. The Wrangler gets the ‘80th Anniversary Edition’ badging on both variants. The tailgate also gets a ‘Made in India’ badge with an Indian flag. The three-door version, however, is not offered in India.

Under the hood, the made-in-India Wrangler gets a 2.0-litre turbo-petrol engine as standard, mated to an 8-speed automatic gearbox as standard like before. The turbo-petrol unit, which puts out 268PS and 400Nm, is manufactured in India at the Ranjangaon facility.

The SUV’s off-road prowess is backed by a two-speed transfer case and a low-range gearbox. The Rubicon exclusively gets front and rear locking differentials, Offroad+ mode (you can adjust throttle, transmission shift points and traction control), and an electronic sway bar disconnect for better articulation. You can also shift from 2WD to 4WD on the go as long as the car is below 70kmph. The Rubicon also gets a 4:1 low-range gearbox ratio as compared to the Unlimited’s 2.72:1. The Rubicon also comes with a higher crawl ratio, of 77:1, as opposed to the Unlimited’s 44:1. It also gets a higher ground clearance at 217mm (214mm for Unlimited).

The Wrangler will continue to lock horns with other off-road SUVs such as the Mahindra Thar (Rs 12.10 lakh to Rs 14.15 lakh) and the Land Rover Defender (Rs 73.98 lakh to Rs 1.08 crore). In addition to the Wrangler, FCA plans on introducing two more locally assembled models in India by 2022. These are likely to be a new Toyota Fortuner-rivalling three-row SUV and the new Grand Cherokee.