Alongside the electric scooter, the brand is also developing a Super Lambretta which will be a lot bigger than its existing models 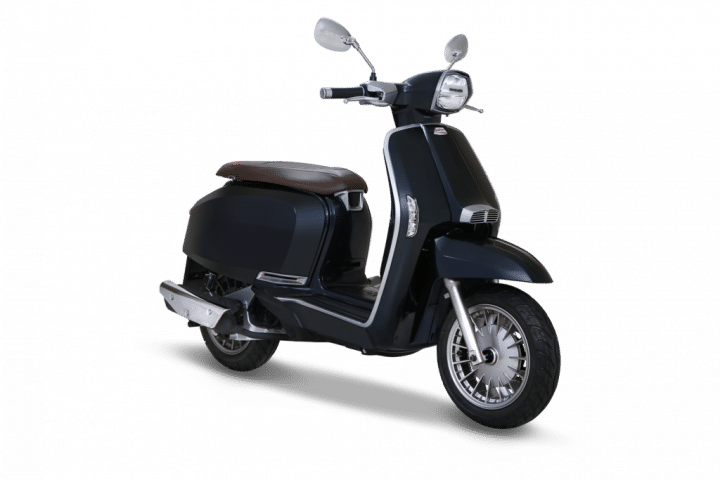 A little over three months after Vespa launched the Elettrica in the European markets, its arch-rival Lambretta International has announced that it will showcase its own electric scooter in India at the 2020 Auto Expo. The company has plans of utilising India as a manufacturing hub which will produce and export Lambretta scooters for Asian and African markets. For this, the Italian scooter manufacturer has partnered with Lohia Auto and Bird Group and intends to set up a manufacturing plant in Mumbai.

The electric scooter is currently being developed in Milan, Italy. However, there’s no mention of its specifications. That said, Lambretta is known to produce beautiful scooters which feature a retro-looking body with modern equipment like LED lighting, an all-digital instrument console and disc brakes at the front and rear with ABS. So, we could expect something on these lines.

Simultaneously, the brand is also developing a Super Lambretta which will be a lot bigger than its existing models. Currently, the brand's lineup comprises of the V50, V125 and V200. The company says the Super Lambretta will be positioned on the premium side of the spectrum and will cater to a niche audience.

Here’s the official statement from the manufacturer.

Closely following its main competitor Vespa, Lambretta International will launch the new Lambretta Electric prototype on the 15th Auto Expo of 6-9 February 2020. The Italian-Swiss multinational additionally announces the development of a steel Super Lambretta specially designed for the Indian market.

After the successful launch of the Lambretta V-Special, Lugano, Switzerland based Innocenti, the mother company of Lambretta International, has announced that the global launch of the Lambretta Electric will take place during the Auto Expo in 2020. Innocenti, currently active in 80 countries with a range of products including the iconic two-wheeler, has recognized the unique role India is playing in the global market and understood the demand of the Indian public for original Lambretta products. Innocenti is proud to invite its world customers to Delhi to have them experience the uniqueness and beauty of Indian culture. It further wants to emphasize the important role Italy, the United Kingdom and India have played in the history of Lambretta.

The Lambretta Electric is currently being developed in Milan, Italy, not far from the place where Lambretta was born in 1947. The company has not disclosed the specifications of the electric platform yet, as it wishes to share this during its launch. For the development, it closely cooperates with a reputed global partner ascertaining the superior quality of the electric platform. In India the company has partnered up with Lohia Auto based in Noida and New Delhi headquartered Bird Group.

Super Lambretta
Being aware of the specific demands of the Indian customers, Lambretta has simultaneously started with the development of the Super Lambretta. This upcoming aspirational model will be bigger and more spacious in size than the existing Lambretta models. The Super Lambretta will claim premium and upscale position in the Indian market retaining the class in rich look-and-feel which Lambretta is known for. It will be specially developed for ambitious young people understanding the beauty of Italian design.

Lambretta plant
Meanwhile, Innocenti has intensified its activities to realise an assembly plant in the Mumbai area. The plant will provide the Indian market with original Lambretta products and will operate as a production hub for surrounding countries and Africa, providing jobs for the local area. Currently, talks are in their finalizing stage.