How does the Sonet fare against its well-established rivals on paper? Let’s find out 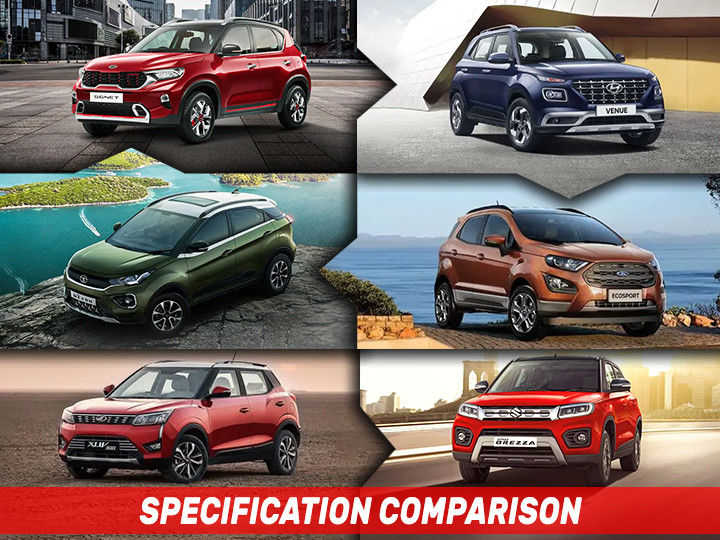 The launch of the Kia Sonet is just around the corner and looks like its rivals are already prepared for some stiff competition. How else do you explain the XUV300's massive price cut! The Sonet is certainly set to take the segment by storm with its attractive looks, long list of features, and plethora of powertrain options. But how do all these elements stack up when pitched against its rivals. Let's find out.

All the cars here boast of equally impressive features. Common among them are a touchscreen infotainment system with Apple CarPlay and Android Auto, climate control, cruise control, keyless entry with push-button start, and automatic headlamps.

All the cars here come with a minimum of two airbags, ABS with EBD, rear parking sensors, and a rearview camera.

*115PS tune limited to AT variants.

The Sonet is expected to be priced from Rs 7 lakh to Rs 12.50 lakh (ex-showroom), putting it in the ballpark of all its rivals. If priced right, the Sonet could sell like hot cakes considering it’s got the looks, features and power-packed powertrains on board. We’ll soon be getting behind the wheels of the Sonet. So stay tuned for our first drive review.