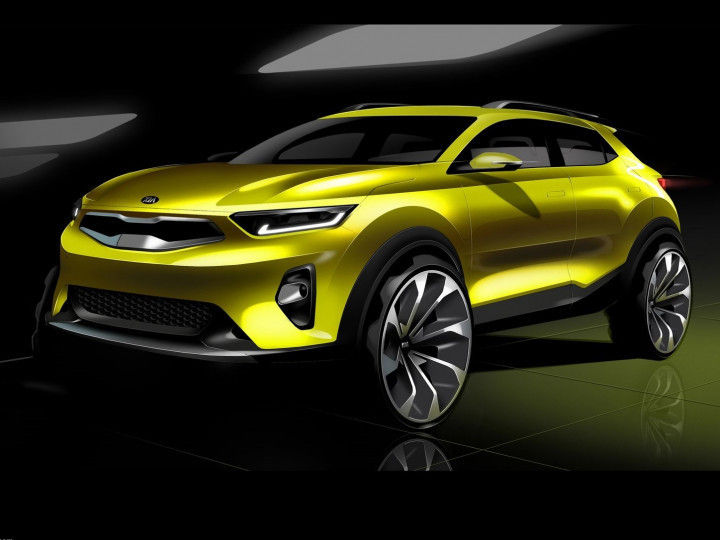 This is not the first time the Kia Sonet has been spied testing out on the open roads. The upcoming Venue-based subcompact SUV is Kia’s third offering for India following the Carnival MPV. With a launch destined for the second half of 2020, we expect to see a near-production version at the upcoming Auto Expo.

In all honesty, the latest spy shot does not reveal anything significant, thanks to Kia’s strong camouflage game. From the images, it appears to be an entry-level variant of the sub-4m SUV as it was seen sporting steel wheels and halogen headlamps. Although expected to be heavily based on the Venue, the QYI will feature a distinct styling for differentiation. Former spy shots have also revealed the tiger nose mesh grille and projector headlamps. Moving on to the rear, split tail lamps and the number plate housing in the rear bumper are the obvious bits.

We can also expect the presence of Venue under the hood of QYI. The 1.0-litre T-GDI unit churning out 125PS is most likely to be offered with a 6-speed manual/7-speed DCT. It may also use the 1.2-litre petrol engine and a detuned version of Seltos’ 1.5-litre CRDI engine. All the engines on offer will definitely be BS6-compliant as the QYI is slated for a launch in the BS6 era.

The QYI/Sonet’s cabin design will be completely different from that of the Venue. But it may  share all the standout features such as a touchscreen infotainment with Android Auto and Apple CarPlay, sunroof, wireless phone charger, and climate control AC. It will also gain Kia’s UVO connected features similar to Hyundai’s Bluelink.

We expect Kia to present a near-production version of the QYI at the upcoming Auto Expo. Kia will also launch the Carnival luxury MPV at the Auto Expo 2020. We also expect Kia to price the QYI/Sonet in line with the Hyundai Venue, which starts at Rs 6.5 lakh. Its key rivals are the Maruti Suzuki Vitara Brezza, Mahindra XUV300, Tata Nexon, and the Ford Ecosport.