The motorcycle marque is eyeing a completely new, eco-friendly demographic with the Serial 1 sub-brand 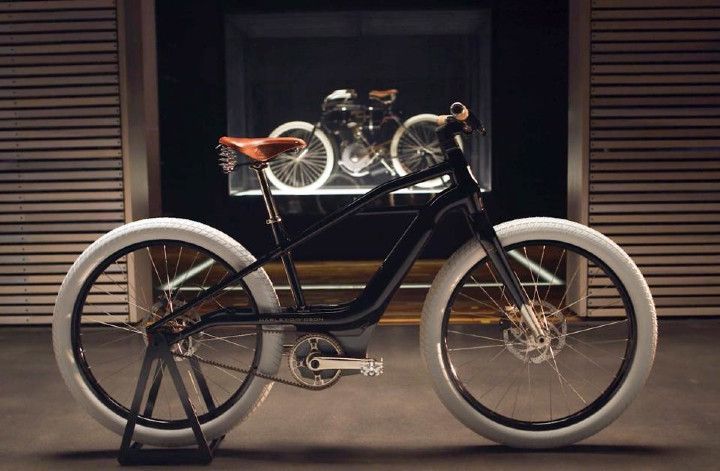 Seeing a brand like Harley-Davidson reinventing itself is no doubt refreshing, but is also a sign of the times. Now, we are already well aware of the LiveWire and its seminal contribution to changing the perspective of the Milwaukee-based manufacturer as one intrinsically attached to relaxed V-Twin-equipped cruisers. This time, however, Harley has gone the whole hog (pun intended) with the creation of e-bikes which will be sold under the new Serial 1 sub-brand.

A Nod To History

As we’re all aware, Harley-Davidson started off in 1903 by attaching a single-cylinder petrol engine to a bicycle chassis – quite literally a ‘motor cycle.’ The first motorised bicycle that Harley-Davidson built was called the Serial One, so the name of the e-bike brand is a fitting tribute to the same. However, there is just a bit more than lip service here, evident in the shape of the downtube and the position and visual mass of the electric motor.

Serial 1 kicks off its innings with two broad model lines, the Mosh/CTY and the Rush/CTY. The ‘/CTY’ suffix means both are aimed primarily for city commute and leisure, which is reflected in the lack of suspension. However, it also means we might just get some more off-road or focused Urban Sport biased models from Serial 1 in the future.

Both bikes show impressive levels of fit and finish, with all the wiring routed through the hydroformed aluminium chassis. Additionally, both are belt-operated, and use Kevlar belts which the brands say will never need adjusting.

With the ambiguity in license/permit rules for e-bikes in the USA, the models are delineated based on their top speed. In this regard, though both the Mosh and Rush’s 250-watt Brose motors make an identical 750W or 1 horsepower (roughly 1.014PS) and 90Nm from their brushless DC motors, the single-speed Mosh’s 20mph (or 32kmph) top speed means it is categorised as ‘Class 1,’ while the higher 28mph (or 45kmph) top speed of the Rush, courtesy its CVT hub (more on that later), means it is categorised as ‘Class 3.’

Starting with the Mosh, it is positioned as the more economical of the duo. This is because its 529 watt-hours motor is less powerful and gives it a claimed 105-mile (or approximately 165km) range, as opposed to the Rush’s 706 watt-hour battery, which translates to a 115 mile or 185km range. The difference in the range is also due to the fact that the Mosh uses a Brose TF motor which has 85 per cent efficiency, while the Brose S-Mag motor on the Rush gets a claimed 100 per cent efficiency. The brand also maintains the bikes can be charged from 0 to 100 per cent in three to five hours, albeit from a US-spec 110v household socket. Finally, both boast 203mm discs front and rear, though the ones on the faster Rush are a thicker 2.3mm than the slower Mosh’s 1.8mm

Moving to the party piece on the Rush, the CVT hub, officially called the ‘Enviolo Automatiq intelligent auto-shifting’ hub. It features rotating plates that, over the hub’s ratio range, permit an infinite number of ratios between incoming power (from the chain/belt through pedaling) and outgoing power (via the hub flanges to the wheel). This allows the rider to pedal at their own ability without needing to keep a track of the gear. Of course, there is a provision for setting desired pedalling speeds (or cadence), which can be adjusted via the Enviolo app. All this electronic wizardry comes at a price, though, as the Rush’s 26.55kg kerb weight makes it almost 5kg heavier than the Mosh.

With Harley recently showcasing the Pan America 1250 – its first ever ADV – and now diversifying into e-bikes as well, the brand seems to finally have found a niche to warrant pushing its boundaries, which it has been trying to do for close to two decades. Now, though the addition of pedal-assisted bikes is a welcome step keeping in mind the increasingly eco-friendly sensibilities of the future, the story is far from rosy all throughout.

This is because the Series 1 e-bikes suffer the same malady of other Harley products: a high entry price. At $3,399 (roughy Rs 2.45 lakh, excluding taxes) for the Mosh and $4,999 (about Rs 3.61 lakh, excluding taxes) for the Rush, both these bikes are a costly alternative not only for the Indian market (if they ever get here, which seems unlikely), but also for the American market, where Indian imports like the BMW G310R and KTM 390 Duke are priced at about $4,750 (or roughly Rs 3.28 lakh) and $5,499 (or roughly Rs 3.8 lakh), respectively.

At the end, however, both bikes are aimed at introducing a new generation of loyalists into the Harley fold. And as they say, you gotta pay if you wanna play.