Don’t worry, the updated models are right around the corner 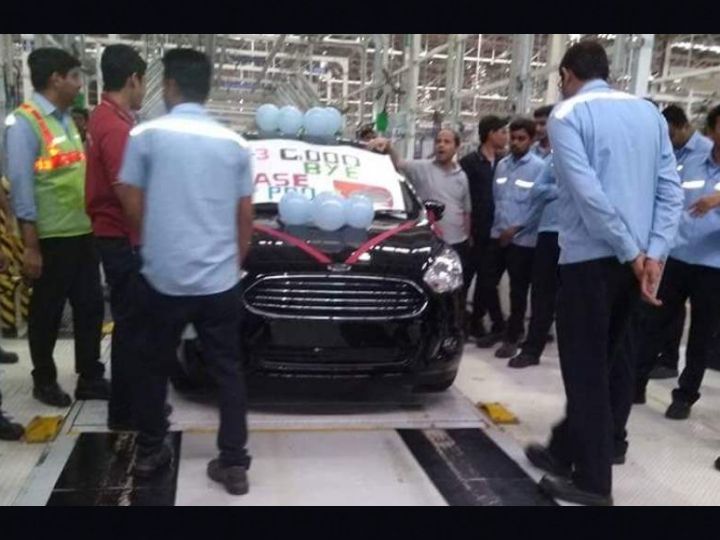 Ford India has ceased production of its compact sedan, the Aspire, at its manufacturing facility in Sanand, Gujarat. The Figo hatchback is expected to follow suit soon as well. But that does not mean it’s the end of the line for Ford’s best-selling models. This only implies that Ford is making way at its manufacturing plant to introduce the facelift versions of both the models.

However, the Aspire and Figo facelift will not hit the market until Ford launches the Freestyle cross-hatch, which was revealed in January this year. The cross-hatch is expected to be launched in the month of April with a new petrol heart - a naturally-aspirated 1.2-litre, 3-cylinder motor that puts out 96PS of power and 120Nm of torque. We expect the new petrol motor to find its way under the bonnet of the Figo and Aspire as well. The 1.5-litre diesel motor, on the other hand, will be carried over unchanged. If it’s an automatic you are looking for, we expect Ford to ditch the older 1.5-litre petrol motor and the 6-speed dual clutch in favour of the EcoSport’s 1.5-litre, 4-cylinder Dragon petrol motor mated to a 6-speed torque converter.

The Ford Aspire may have been one of the best sub-4 metre sedans you could buy when it was launched in 2015. Over time, however, its competitors, especially the Maruti Suzuki Dzire, received updates that have pushed the game forward. The lack of a premium touchscreen infotainment system didn’t help either. And Ford is expected to rectify this by offering a 6.5-inch floating touchscreen on top of the centre console. This unit is expected to feature Ford’s latest SYNC3 infotainment system - seen in the refreshed EcoSport - with Apple CarPlay and Android Auto connectivity options. The rest of the cabin is likely to remain the same though.

Let’s be honest, the Aspire isn’t the best looking car in its segment. According to us, that distinction lies with the Maruti Suzuki Dzire. So what is Ford planning to do about the Aspire’s looks then? For that, we’ll have to take a look at the updated KA+ sold in Europe. Essentially, the KA+ and the Figo are the same in every aspect except for the badge on the bootlid. The updated KA+ features a grille that has the same outline as the one seen on the Freestyle, albeit lathered in chrome. The overall shape of the headlamps remain the same too. However, the elements inside seem to have been tweaked for a fresher look. The front bumper now gets circular fog lamps flanked by C-shaped chrome elements too. Apart from a set of nicer looking alloy wheels, the side profile remains the same. The changes are quite subtle at the rear. While the tail lamps are the same as before, the lower half of the bumper now gets a small black strip that mimic the C-shaped chrome elements at the front. Expect the Aspire and the Figo facelift to feature such changes as well, maybe with a lot more chrome since Indian car buyers seem to love that shiny stuff!

Expect Ford to hike the prices of the Figo and Aspire facelift models. At present, the Figo hatchback is priced between Rs 5.47 lakh and Rs 8.10 lakh, while the Aspire retails in the range of Rs 5.67 lakh and Rs 8.63 lakh (ex-showroom Delhi).