We’ve got confirmation straight from the horse’s mouth: Ford’s EcoSport will get a sportier S variant next month 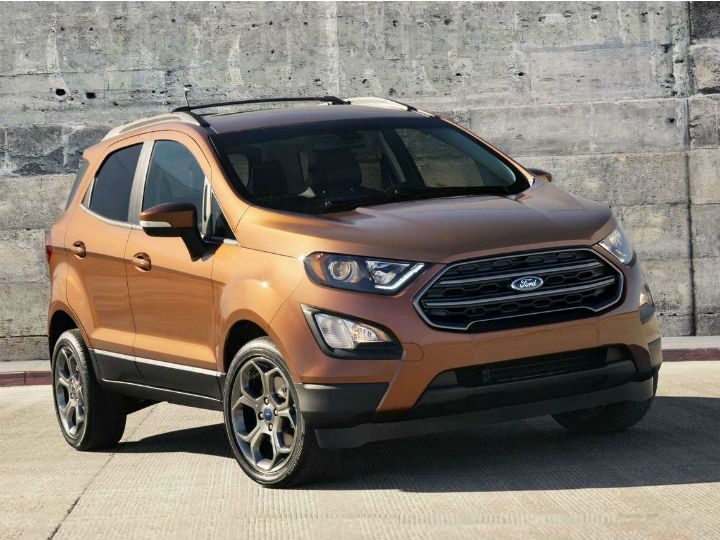 If you looked at the new EcoSport’s 1.5-litre petrol engine and just didn’t connect with it, we’ve got good news for you. You see, the 3-cylinder Dragon engine appears to have plenty of punch on paper, with 123PS and 150Nm on tap. But it never really tickled us the way Fords usually do. It’s a fantastic engine if you want nothing more than a point-to-point commuter, but it isn’t “Ford” enough.

Thankfully, quite a lot of people felt that way, including the mad hatters at Ford India. And lo, there’s a souped up Ford EcoSport S around the corner. The manufacturer has confirmed to ZigWheels that the compact SUV will get a sportier variant next month. And, don’t think this is limited to a sticker job and different wheels - it’ll be a whole lot more than that.

For starters, the EcoBoost motor will make a comeback with the S. The 1.0-litre turbocharged engine makes 125PS of power and 170Nm of torque. To put that power down, Ford will use a brand new 6-speed manual gearbox. Ford has also confirmed to us that the suspension will be reworked on the S, to offer a sportier experience. We’re running around in circles flailing our arms right now. In case you’re wondering, a diesel EcoSport S isn’t on the cards at the moment.

The spyshots we saw a couple of weeks ago were indeed of the to-be-launched EcoSport S. The S will be offered in the top-spec Titanium variant, and will feature a host of features including a touchscreen infotainment system, automatic climate control, and 17-inch alloy wheels. The big additions to the EcoSport S will come in the form of a sunroof and an updated MID. The sporty SUV will feature a few aesthetic changes as well, including a new grille and smoked out projector headlamps.

Of course, all of the additions will mean a substantial hike in price. We’re expecting Ford to price the EcoSport S at Rs 11.5 lakh (ex-showroom). But then, Ford could spring a surprise, just like they did with the Freestyle. Can’t wait!