Citroen C5 Aircross vs Jeep Compass: Should You Pick French Or American?

The Citroen C5 Aircross is the new premium midsize SUV on the block. Should you pick it up over the segment benchmark, the Jeep Compass? 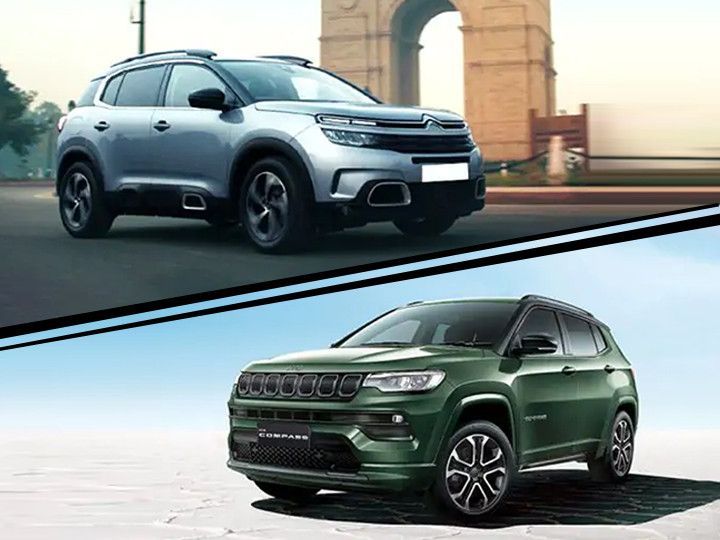 Citroen will soon kickstart its Indian ops with the C5 Aircross premium midsize SUV. Prices, to be revealed in March, could range between Rs 28 lakh and Rs 30 lakh (ex-showroom), putting it in the ballpark of the top-spec Jeep Compass Model S. We have done a detailed on-paper comparison of both the models to see which SUV is the better offering in the segment.

Clearly, the C5 Aircross is a size bigger in all aspects when compared to the Jeep Compass. The Citroen also comes with a longer wheelbase, certainly resulting in better legroom for rear seat occupants. Both SUVs stand on 18-inch alloys wheels which are apt for our roads, though they will be pricey when the time comes for replacement.

While essentials are covered, the Compass goes the extra mile and packs equipment like connected car tech, a wireless phone charger, and a powered tailgate.

The Citroen, on the other hand, comes with parallel park assist (you only have to control the pedals, while it steers itself) and three individual rear seats that can be reclined, slid or even folded down to liberate more boot space. The seats in the C5 also come with memory foam!

Both models come with a 2.0-litre diesel engine, however, the C5 Aircross is 5PS and 50Nm more powerful than the Compass. While both come with automatic transmissions, the Compass can also be had with a 6-speed manual transmission with a FWD setup.

The Jeep can also be specced with an all-wheel drive system, however, only the Compass’ diesel automatic variants come with an AWD setup. The Citroen drives its front wheels only.

Those who want a petrol engine have no other choice but to pick up the Jeep Compass. It’s offered with a 162PS 1.4-litre petrol engine that can be had with either a 6-speed manual or a 7-speed dual-clutch automatic transmission.

The C5 Aircross definitely has a lot going for it. The SUV comes loaded with features, has a powerful 2.0-litre diesel engine, and should be one of the comfiest SUVs in its segment. But the tiny dealer network doesn’t do any favours and at an expected starting price of Rs 28 lakh (ex-showroom), it ain’t cheap as well. But the Citroen will be the more exclusive offering and that could appeal if you want to stand out.