Called the 250SR-R, it was recently spotted in Chinese approval filings 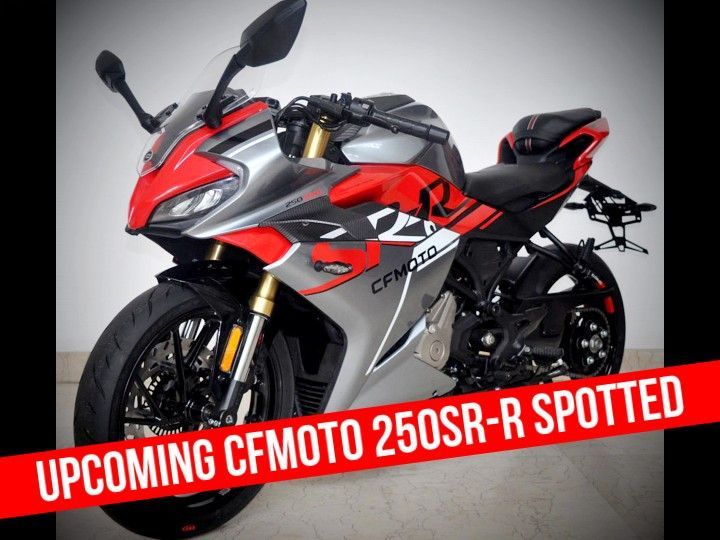 While we patiently wait for CFMoto to introduce its entry-level sportsbikes here, the Chinese company seems all set to launch a new variant of the 250SR, called the 250SR-R, as suggested by new Chinese approval documents.

The 250SR-R will be mostly identical to the standard 250SR, though. It’ll probably keep the same 249.2cc single-cylinder engine churning out 28PS and 22Nm, the KYB suspension, and overall design and features.

What will change, however, are the graphics and underpinnings. The picture clearly shows the 250SR-R’s new glossy silver and red paint scheme with striking ‘250SR-R’ graphics. And along with it, CFMoto has thrown in Ducati Panigale V4-like wings wrapped in faux carbon fibre material, which seem more of an afterthought than a purpose-oriented addition.

On the underpinnings front, the 250SR-R gets a new single-sided swingarm, a new rear wheel, and a gold anodised front fork, aimed primarily at weight reduction, as approval documents suggest the 250SR-R tips the scales at 157kg, 8kg less than the standard 250SR.

Judging from all this, the 250SR-R seems ready to go into production soon. And, when and how much premium it’ll bear over the 250SR is something we shouldn’t worry about, as the chances of this bike coming to India are bleak. However, CFMoto does plan on bringing the 300SR here instead.