Bajaj Auto launched the new Pulsar AS200 recently and it sure does look promising. Here are some reasons why you should buy it if you consider a bike in this segment 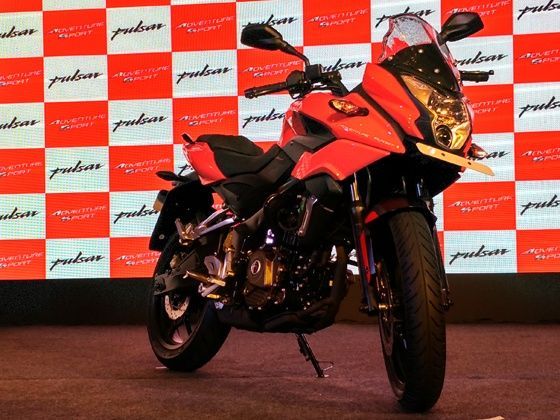 1.) Tried and Tested Engine: Although there isn’t anything new here, with the Bajaj Pulsar AS200 being powered by the same engine as the 200NS, no credit can be taken away from the fact that it is quite a performer. It pumps 23.5PS of power and 18.3Nm of torque both of which come at 9,500rpm and 8,000rpm respectively. In fact there is no change in the six-speed gearbox either. But the fact that it weighs just 8kg more than the 200NS and is 12kg lighter than the RS200 means that it might just come close to the 141kmph of the ‘fastest Pulsar yet’, and that is saying something.

2.) Long list of Features: Every motorcycle to be launched under the Pulsar brand has boasted of good features for the price, and the new AS200 is no different. One of the key features on the AS200 is without doubt the projector type headlights which none of the competitors in this price range have on offer. And when you take into consideration that its 280mm front disc is the biggest in its class and it is the only liquid-cooled offering in its segment, then the AS200 starts to make the competition look obsolete.

3.) All-round performer: Bajaj hit the jackpot with the Pulsar 220F. And the Pulsar AS200 has all the credentials to be the spiritual successor of the iconic Pulsar 220F. While it holds the same DNA as the 220F, like the quarter fairing, projector headlamps and touring friendly body style. In fact, in the Pulsar AS200, Bajaj has managed to take it a step further with the engine from the 200NS which provides that extra bit of power. And then in terms of ride, it is a step up too, thanks to the mono suspension and the large petal discs up front and at the back.

4.) Price and Efficiency: Bajaj Auto has priced the AS200 at Rs 91,550 (ex-showroom Delhi). Its closest rival the Hero Karizma R although priced at Rs 83,900 which is considerably cheaper doesn’t quite have as many features to flaunt. Moreover, despite not being equipped with fuel Injection, the 200NS has proven to return decent efficiency of around 40kmpl, and the AS200 should be around the same.

5.) Service backup: Over the year’s Bajaj has earned the reputation of being absolutely affordable when it comes to service cost. Cost of wearable parts like brake pads, disc, sprockets et al is relatively on the cheaper side when compared to its competition. Not just that, cost of a routine service is low too. And then considering the number of service centres the Chakan based car maker has, one doesn’t really have to travel far to get the bike serviced.