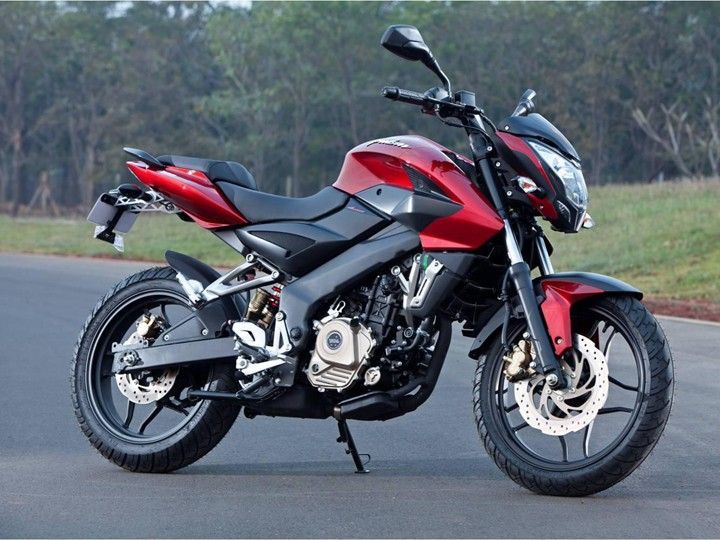 The Bajaj Pulsar 200NS failed to achieve the success as expected by Bajaj Auto. Despite being a mechanically sound motorcycle with good performance and a parts bin of features, the Pulsar 200NS failed to make a mark like its predecessors. Owing to this reason and the fact that the demand for the Bajaj Pulsar RS200 increased, the naked motorcycle was withdrawn from the Indian market so that Bajaj could focus on its flagship bike. But it seems there is a twist in the tale as the Bajaj Pulsar 200NS has been spotted testing again. But this time with more equipment and the crucial addition is that of ABS.

The Bajaj Pulsar RS200 already has ABS as an optional extra and is currently only the Bajaj offering to offer the same. Bajaj Auto seems to be planning to relaunch the Pulsar 200NS in the Indian market but with ABS as an additional extra. It was also speculated that the updated Bajaj Pulsar 200NS will feature fuel injection (FI) as seen on in its full faired sibling. But the test bike was spotted with “Petcocks” which means that the engine will be fed fuel through a carburettor system. Fuel injection would have increased the price of the bike by around Rs 4,000 and for cost cutting purpose Bajaj would have skimped the FI system.

Bajaj couldn’t have asked for a better moment to bring back the Bajaj Pulsar 200NS as demand for naked performance motorcycles is growing at a steady pace. Also its arch rival, TVS, has also recently launched the new Apache RTR200 4V in the Indian market. Also Read: TVS Apache RTR200 4V Review. Bajaj currently has two offering in the 200cc segment that includes the full-faired Pulsar RS200 and the quarter faired Pulsar AS200. We can expect the Bajaj Pulsar 200NS ABS to be launched in the next few months after the Bajaj Pulsar CS400 is launched in the Indian market. The Bajaj Pulsar 200NS ABS version is expected to carry a premium of around Rs 12,000 over the standard variant and should be priced around Rs 1.05 lakh ex-showroom Delhi. Watch this space for more updates.