The Kia X-Line Concept Is The Butch Seltos We All Need! 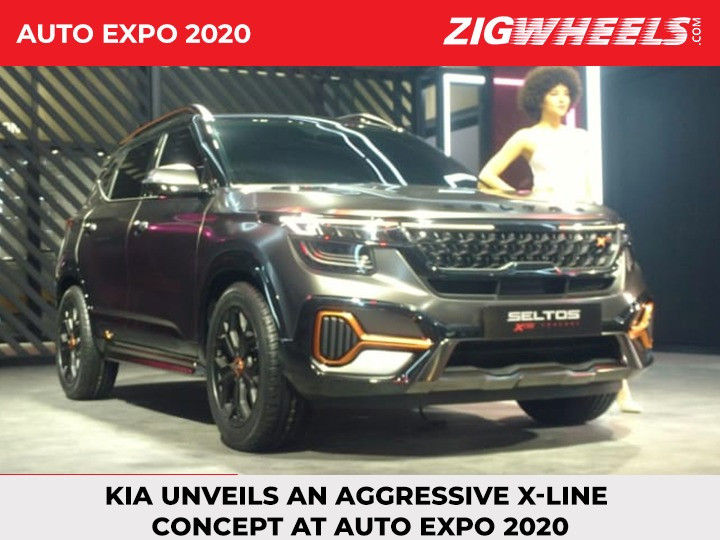 Kia Motors India looks set to carry forward its strong start in the India market with numerous debuts at Auto Expo 2020. While the Seltos SUV has certainly garnered success, the Korean manufacturer has showcased off a radical one-off concept codenamed X-Line. It is essentially a more rugged and butch iteration of the Seltos. Here's all about it:

While the X-Line concepts, which surfaced at 2019 LA Auto Show, featured differing paint jobs, and AWD drivertrain Hella auxiliary lights, a 2-inch lift kit, off-road tyres, a ground clearance of 233mm as well as custom ally wheels, the X-Line concept at the expo featured completely different tweaks. The India-spec X-Line concept features more of a cosmetic rejig, with an aggressive front end.The rugged nature of the SUV continues, with skid plates, blacked out alloy wheels, as well as body cladding that extends all the way towards the rear. The rear end also gets a more aggresive bumper with orange inserts like on the front bumper.

The differences between the Seltos concepts also extend under the hood. While the Trail Attack and Urban concepts are powered by a 1.6-litre T-GDi engine delivering 177PS/265Nm, paired to a 7-speed DCT, the Indian X-Line concept is mechanically unchanged. It utilises a 1.4-litre turbo-petrol that makes 140PS/242Nm with power being directed to the front wheels.

All three concepts share the same interior equipment from its production-spec sibling. The addition of a third Seltos concepts give even more interesting takes on the potential of the SUV.  However they are one-off models and will not go up on sale.