The 2020 Mercedes-Benz GLA Is A Taller And Wider Update

Major highlights include a roomier cabin, revamped styling as well as improved safety and tech 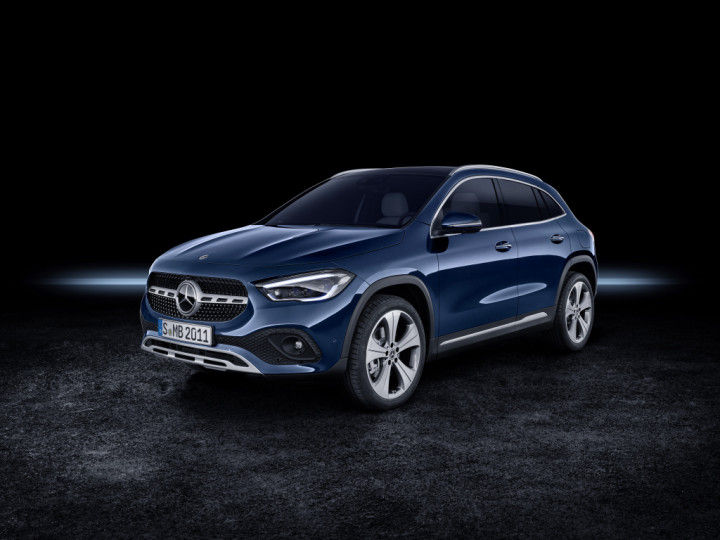 What you see here is the second-generation 2020 GLA that was unveiled a couple of hours ago. In a nutshell, it features revised styling, roomier cabin, larger footprint and improved features. When launched, the new GLA will compete against the BMW X1 and the Volvo XC40 in India.

The most obvious change to the GLA are the proportions. It now looks more like a crossover SUV than a raised hatchback. It is 30mm wider and 104mm taller while the overall length is down by 14mm. The second-generation GLA gets more cabin space thanks to the increase in wheelbase by 30mm. The front and rear track is also up 46mm in contrast to the model it replaces.

Another area that sees a major change is the cabin, which sports a design language similar to the recent crop of Mercedes models. The instrument cluster and the infotainment system are fully digital with the options of two 7-inch displays, one 7-inch and one 10.25-inch, and dual 10.25-inch displays. The GLA also features the turbine-style aircon vents and a design theme, which fuses old-school elements with modern bits.

Some of the standout safety features are the advanced driver assistance package, blind spot assist, traffic sign assist, and brake assist. Other features include off-road engineering package as standard (4MATIC variants), MULTIBEAM LED headlamps, and dynamic select driving modes. The new GLA also borrows the clever car wash function from the bigger GLS. When toggled, it folds the ORVMs, closes the windows and sunroof, and turns off the rain sensing windscreen wipers. It even switches on the front camera to help the driver navigate through a car wash.

Mercedes will launch the SUV in Europe by March/June 2020 followed by China and the USA. We are yet to get a word on the launch timeline for India but expect it to be here by the second half of 2020. The GLA is currently priced from Rs 32.33 lakh to Rs 41.51 lakh (ex-showroom Kolkata).