The TNT 600 is also known as the QJ SRK 600 under its sister company QJ Motor which focuses on larger, more premium bikes 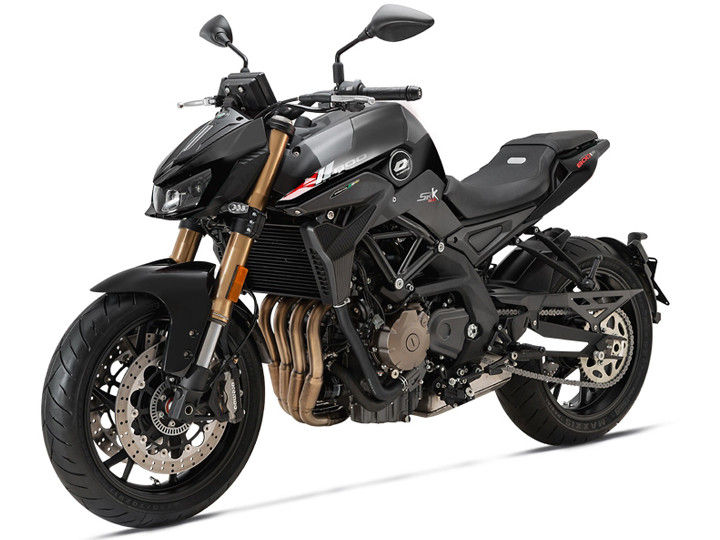 Benelli’s 2020 TNT 600 has been unveiled in its production form in China. The mid-displacement streetfighter is also known as the SRK 600 under Benelli’s sister brand QJ Motor. The bike features a new look for 2020 and comes packed with some segment-first features like keyless ignition and backlit switches. It’s available in three variants -- Standard, Medium and High -- with four new colours to choose from -- red, black, white and blue.

Powering the TNT is a 600cc inline four-cylinder motor that makes less power than the BS4 model and just a smidge more torque. For reference, the 2020 model makes 81.5 PS of peak power at 11,000 rpm and 55Nm of torque at 8,000 rpm, mated to a 6-speed gearbox. That's 3.57PS less power but 0.4â€¬Nm more torque than the outgoing model. The motor will comply with BS6-emission norms when it comes to India.

The three variants here differ in terms of hardware. The standard version gets its suspension and brake setup from Benelli, while the Medium-spec variant features underpinnings from KYB and Xihu respectively. But what really caught our attention is the top-spec variant which comes with a Marzocchi USD fork, a monoshock from KYB and brakes from Brembo.

Benelli has put in some serious work to make the 2020 TNT 600 more appealing. It looks a lot sleeker and sharper than the outgoing model. The front end features a new LED headlight that seems like it's 'inspired' from the Kawasaki Z1000. You also have golden USD forks and an underbelly exhaust that help differentiate the 2020 model from its BS4 counterpart. But the TNT 600's party piece has to be its  5-inch full-colour TFT console which is a lot more appealing to the eyes compared to the dated analogue-digital console on the BS4 TNT 600 sold in India.

We believe the improvements on the bike should make the 2020 TNT 600 a better value for money proposition. The Medium variant seems more likely to make it to India via the CKD route around July 2021. Expect the bike to carry a price of around Rs 7 lakh (ex-showroom). Once launched, it’ll take on rivals like the Kawasaki Z650 and the CFMoto 600NK when it comes down to India.