Powered by a 4.0-litre twin-turbo diesel developing 435PS of maximum power and a colossal 900Nm of peak torque 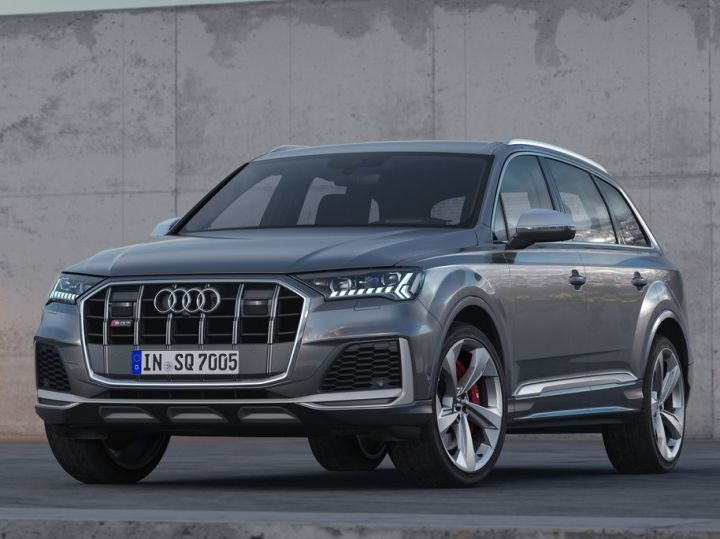 Audi has taken the wraps off the sportier iteration of the recently unveiled 2020 Q7, the SQ7. It is available in two variants: Standard and Vorsprung. While it looks almost the same as the standard SUV, the main changes are beneath the skin, chief among which is the latest version of Audi’s powerful 4.0-litre V8 motor.

The 2020 Audi SQ7’s twin turbos are different than your regular ones: the turbo lag is almost non-existent thanks an electronically powered compressor (EPC) which spins them up almost instantly. The V8 diesel motor produces a mammoth 435PS and 900Nm of torque. Coupled with an 8-speed automatic gearbox and Audi’s quattro all-wheel drive system, the SQ7 sprints to 100kmph in just 4.8 seconds. Pedal to the metal, it maxes out at 250kmph (electronically limited). You can hear the engine growl through quad pipes which also contain two switchable actuators for extra noise.

The SQ7 also comes with S-specific adaptive air suspension and progressive steering to ensure a fun driving experience when you get behind the wheel. The higher-spec Vorsprung variant also come with an all-wheel steering system.

Visually, the SQ7 looks almost the same as the standard Q7. But as with all ‘S’ models, it gets sportier elements. The large octagonal single-piece grille gains the ‘SQ7’ badge and twin-slat design. Also added are 21-inch 5-spoke dual tone alloys. Black brake callipers with the ‘S’ logo, which can also be had in red, peek out from behind the wheels.

The higher-spec Vorsprung variant looks even more aggressive as it comes with Matrix HD LED headlamps with lasers, bigger 22-inch wheels and a Titanium Black styling pack that adds a black finish to the grille surround, door mirrors and roof rails, and window surrounds.

Inside, the SQ7 gets the same modern and high tech dashboard as the Q7 with twin touch displays and Audi’s virtual cockpit. The virtual cockpit is also an S-specific display which, in its performance view, places the rev counter in the centre. The SQ7 also comes with sports seats that has heating, ventilation and massage functions. The door inserts are finished in alcantara and comes with aluminium inserts for added sportiness and the door sills now have an illuminated ‘S’ logo. To spice things up, the pedals are finished in stainless steel.

The 2020 Audi SQ7 is set to go on sale later this year in Europe. Prices for the SUV start from 94,900 Euros (Rs 73.16 lakh) and if you want the three-row model, you have to shell out 96,420 Euros (Rs 74.34 lakh). Considering Audi’s ambitious plans for India which includes the all-electric e-tron launch and the all-new Q8, launching the SQ7 here doesn’t seem that far-fetched. Fingers crossed!