For 2019, the flagship BMW superbike gets a complete makeover 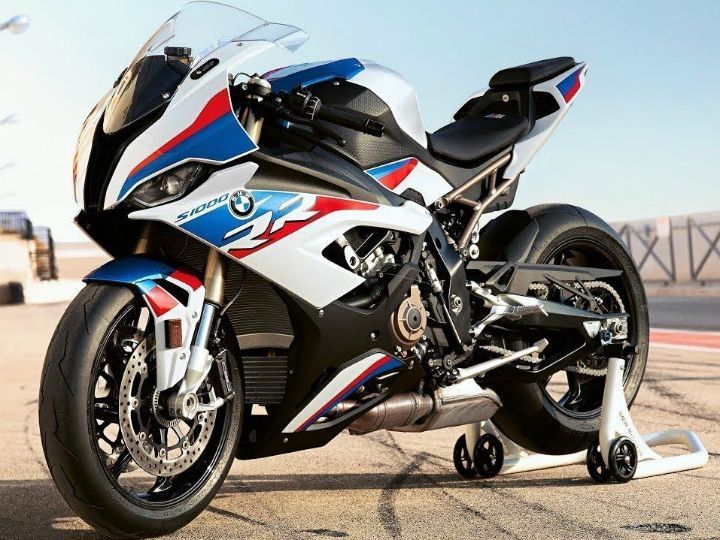 BMW Motorrad has sent a formal invite for the launch and ride of the 2019 S 1000 RR on June 27. The flagship bike has been updated from the ground up and is now lighter and more powerful than its predecessor. With the updates, we expect the new bike to carry a premium of Rs 2.5 lakh over the older bike. We expect the 2019 S 1000 RR to be priced around Rs 20.5 lakh for the base model.

The most visible change is the design. Gone is the asymmetric design of the previous S 1000 RR and in its place is a conventional and sharper bodywork. It gets twin symmetrical LED headlamps, mirror-mounted LED turn indicators and an LED tail lamp mounted on the number plate holder. The litre-class superbike also gets a 6.5-inch colour TFT instrument console similar to the one on the F 850 GS. It gets Bluetooth connectivity and navigation as well.

There’s a new slimmer and lighter Z-type twin-spar aluminium frame as well as fully adjustable 45mm upside down forks and a fully adjustable monoshock linked to a WSBK-type swingarm. Like other BMW big bikes, you get an optional Dynamic Damping Control (DDC) that essentially adds electronic damping to the fully-adjustable suspension package. You get 120/70 ZR 17 front and 190/55 ZR 17 Bridgestone S21 tyres. Braking is via a pair of 320mm front discs clamped to radially mounted monobloc callipers and a 220mm rear disc. You get BMW Race ABS that works in conjunction with the rider modes and can be switched off completely.

Once launched, the BMW S 1000 RR will compete with the Kawasaki Ninja ZX-10R, Yamaha R1, Honda CBR1000RR, Ducati Panigale V4 and Aprilia RSV4 Factory. We will be riding the bike on June 28. So stay tuned for our review report.