The Honda City wins the 2014 ET ZigWheels Sedan of the Year. This year though, the City did have to saddle up and go to war with the very capable Maruti Suzuki Ciaz, but in the end, the Honda did manage to eek ahead with a slim victory. 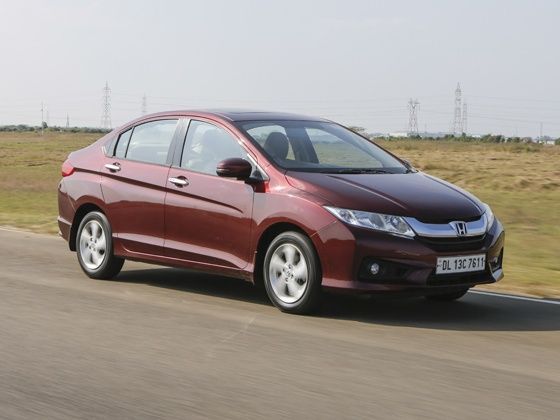 The sedan to an average Indian customer has been more than just point A to point B transport. Sporting a sedan is often seen as a matter of status in the Indian automotive social hierarchy and one single car has always been at the top of the social ladder. And with every new generation, it seems to get even better. Our 2014 Sedan of the Year then, is the ever-popular Honda City.

With its arrowhead looks and modern interiors, the City does have an aura of magnetism around it which most other cars in the segment lack. This year though, the City did have to saddle up and go to war with the very capable Maruti Suzuki Ciaz, but in the end, the Honda did manage to eek ahead with a slim victory.

The new Honda City was a landmark car for Honda in India as it is the first time the City has been offered with a diesel engine. The popular petrol too is still available with both manual and automatic gearbox options. Another commendable bit that the Honda City gets the crown this year is its impeccable interior deign, fit and finsh, comfort and of course, space. The City is not just a good chauffer driven car though, it is also quite fun to drive.

Not only does it offer great feedback, it also is a comfortable way to cover long distances due to its light clutch, light steering and good gearbox. The City then is the quintessential complete package and worthy of the 2014 ET ZigWheels Sedan of the Year crown.