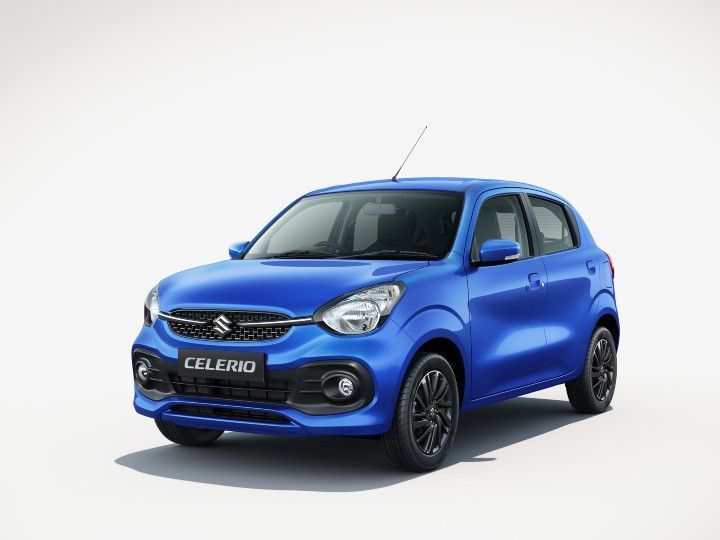 Seven years after it was first introduced in India, the Maruti Suzuki Celerio has got a generation update. It is now offered in four trims (LXI, VXI, ZXI, and ZXI+) and retails from Rs 4.99 lakh to Rs 6.94 lakh (ex-showroom, pan-India).

Here's everything you want to know about the second-gen Celerio in 10 detailed images:

For starters, the Celerio has moved away from its boxy stance and now is a lot curvier in design. It is based on Maruti's updated Heartect platform, which also underpins the Wagon R.

Up front, you'll notice a Swift-inspired chrome front grille flanked by droplet-shaped headlamps. And then there are the chunky bumpers complementing the Celerio's new face

The new-gen hatch measures 3,695mm long, 1655mm wide (+55mm), 1,555mm tall, and it sits on a 2,435mm wheelbase (+10mm). The length has remained the same, but it has gotten slightly shorter. The side profile seems unchanged except for the black alloy wheels, which lend a nice little contrast to the body.

At the rear, you see the pretty simple tail lamps rounding off the design changes on the 2021 Celerio.

The changes continue once you head inside with the earlier model’s black-beige theme replaced by an all-balck setup, featuring silver inserts around the dashboard, AC vents, steering as well as the gearshift console. Look closer, and there is an unusual change in the form of power window switches placed just below the touchscreen infotainment system.

This generation update has brought over new bits such as a segment-first keyless entry with push button start, and a 7-inch touchscreen infotainment system with Android Auto and Apple CarPlay. Safety is covered by dual airbags, ABS with EBD, rear parking sensors, and hill hold assist.

TThe 2021 Celerio is powered by a new 1-litre K10C petrol engine (with a 5-speed manual and AMT), delivering 67PS and 89Nm. While it's 1PS and 1Nm lesser than before, the new engine features dual VVT and injectors, an idle start/stop, and a cooled EGR for improved fuel efficiency. The carmaker claims it's India's most fuel-efficient petrol car, returning 26.68kmpl.

Those looking to spruce up the 2021 Celerio can also avail factory-fitted accessories for all variants. They comprise visual, interior, and gadget upgrades. For more on the options available and how much extra you’ll have to shell out for them head here.

At its current price range, the 2021 Maruti Suzuki Celerio takes on the likes of the Datsun GO, Tata Tiago, Hyundai Santro, and the Maruti Suzuki Wagon R. 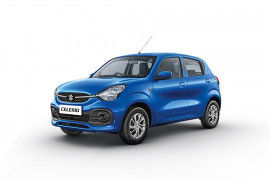 All Comparisons of Celerio