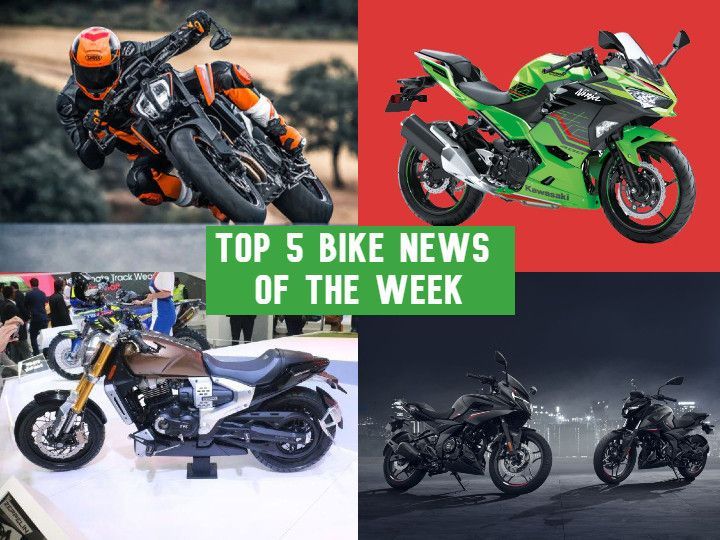 The past week has been packed with performance motorcycles and has surely kept us on our toes. And for good reason. Brands like Bajaj, TVS, KTM, Hero MotoCorp and Kawasaki have decided to offer us something important. There’s a lot of performance and promise packed in this list, so let’s dive right in:
Bajaj Pulsar N160, 250 All-Black Edition Launched:

Bajaj launched the new Pulsar N160, a new generation sport-riding streetfighter for the price conscious folk. This new bike will be the middle member of the Pulsar family and seek out novice sport-riding enthusiasts. Fret not, there will also be a new Pulsar 150 soon, one that will focus on frugality.

But that’s not all, Bajaj has also launched an All-Black edition of the Pulsar F250 and N250, and the biggest Pulsars yet finally get dual-channel ABS. Check out the prices for the new Pulsars in our launch story.
Hero launches the Passion Xtec with new features:

After the Splendor Plus Xtec, it’s the Passion’s turn to get a round of nifty features and tech to help stand out better in its segment. The new Passion Xtec will feature a LED projector headlight, digital instrument console, USB charging and more. Despite the slight bump in price for the new features, this new Passion Xtec is priced well.
This is what TVS’s upcoming hybrid-cruiser could be called:

We have a good reason to believe the next bike from the Indian racing brand is a cruiser, its first ever. Originally rumoured to be called the Zeppelin, a new brochure scan suggests it may be called the Ronin. While its heart may be just a bigger 220cc pot derived from the TVS Apache RTR200 4V, the party trick here is the mild-hybrid system mated to the motor. With an official invite from TVS now in hand, we have more detail on the next offering from TVS.

image for representative purposes only

Back in 2018, KTM spoke about undertaking a project that will take the 390 Duke, 390 Adventure and RC 390 experience to the next level. Since then, the world changed due to the pandemic. Four years later it seems like the KTM 490 project has finally reached a conclusion.

In 2019 we had to say goodbye to the Kawasaki Ninja 400. India was transitioning to the new BS6 norms, which its 399cc, parallel-twin engine failed to meet. But now, it’s back with a cleaner engine, and despite making a little less power than before, it still has enough to give the KTM RC 390 a run for its money. Speaking of money, the best part is that it has been launched at the same price as before.

So those were the top five motorcycle news of the week, do let us know which motorcycle you are most excited to see on the road in the comments below.