Here’s A First Official Look At The Facelifted Kia Seltos 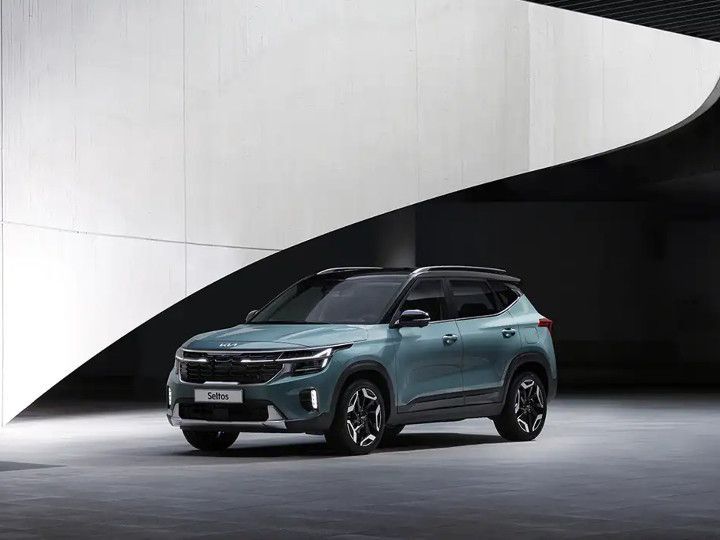 After a long period of camouflage spy images, Kia has finally taken the covers off the first midlife refresh of the Seltos SUV in its home market in South Korea. Well it's not a complete lifting of the covers as the carmaker’s only released images with no nitty gritty details, but the visuals are more than enough to deduce what’s new in the SUV.

Starting with the design, the overall silhouette may remain the same, but there are enough noticeable changes making it look sharper. Starting up front, there’s a new LED DRL setup which instead of wrapping around the upper portion of the retained Tiger Nose grille, now extends to the grille mesh. Aside from a new set of alloys, there’s a new, snazzier pair of LED tail lights that are now connected by a light bar. Some minor tweaks to the bumpers round off the styling touch ups.

Inside, the familiarity is even more apparent than the exterior. But the big change is the Seltos finally going digital with its instrument cluster, and now merging nicely with the 10.25-inch touchscreen infotainment system similar to modern Mercedes models. While the updated features are yet to be revealed, the India-spec model should retain the 360-degree camera, head-up display, and ventilated front seats. Since the India-bound facelifted Hyundai Creta is slated to get ADAS, the facelifted Seltos should also get it.

Under the hood, things should remain unchanged for the Korean-spec model as well as in India. The latter gets a 140PS 1.4-litre turbo-petrol, 115PS 1.5-litre petrol, and 115PS 1.5-litre diesel engine options with a 6-speed manual gearbox standard for all. 6-speed AT, 7-speed DCT and a CVT gearbox are the automatic options depending on the engine as well as a 6-speed iMT (clutchless manual gearbox) for the 1.5-litre petrol engine.

Kia will divulge more details on the facelifted Seltos at the upcoming Busan International Motor Show in July. For India, we should expect a launch by early next year around Auto Expo 2023 which is scheduled to run from January 13-18 2023. Prices are likely to start at Rs 10 lakh (ex-showroom). It’ll take on the upcoming facelifted Hyundai Creta, as well as the VW Taigun, Skoda Kushaq, MG Astor/Hector, Tata Harrier, and the Mahindra XUV700 five-seater.