The Skoda Octavia has crossed the 4,000km mark with the last 1,500km being clocked on the traffic infested roads of Mumbai but owing to its comfort and features the car has on offer the journey has been a smooth one so far. Get detailed reviews for all Skoda cars on ZigWheels.com 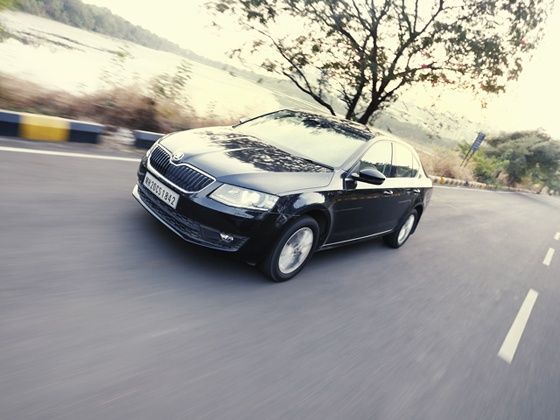 After the first month which included a few highway runs, the next 1,500km included just city driving. From being the groom’s car to a newly wed family car carrying large amounts of groceries, the Octavia hasn't disappointed once. The huge boot came to the rescue and accommodated all the bags, so that the Baraatis could travel in comfort.

City commutes means spending a lot of time in the car, especially in bumper to bumper traffic. This gave me a chance to get familiar with the car. To start with the driver seat, it's comfortable and with the 12-way electrical seat adjustment, finding the comfortable driving position is easy. Further more you can save three driving positions on memory. Another good feature is - while reversing the OVRM on the passenger’s side automatically adjusts itself to give a better view… and returns to its original position once the car starts rolling ahead.

Front passenger seat has to be manually adjusted but the personal climate controls make up for it. Rear seats are comfortable for three adults and travelling long distances is fatigue free. The cabin is pretty quiet, except the occasional squeaking plastic parts which can be heard while negotiating undulated roads. The only complaint is the aircon, as the rear vents couldn’t keep up with Mumbai’s sweltering weather.

The eight speaker audio system kept the audiophiles happy but the lack of auxiliary and USB input is surprising. Eventually, we had to depend on the SD card and Bluetooth connectivity. Cabin lights are bright and highlight the leather upholstery. The Octavia is a big car and parking in the city can be challenging. The Parktronic system helps but a rear camera would have been ideal. The Parktronic also comes into play when driving at slow speeds, beeping when it detects something too close for comfort. This can get annoying, especially while driving in a city like Mumbai where people often lack the sense of personal space.

The 2.0-litre diesel engine produces 143PS, and is quite peppy in the traffic as well. Once in the auto’box selects second and third gear the engine packs a good amount of punch. The gear shifts are quick and accurate and never give a chance to complain. Owing to all city traffic runs, the fuel economy dropped down to 13.51 kmpl this month. With long trips planned for the next 1,500km, we expect the figure to go up.