From highway munching cruiser, to a city slicker manoeuvring through narrow lanes and by-lanes, the Nissan Terrano’s dual personality leaves little more to be desired for. 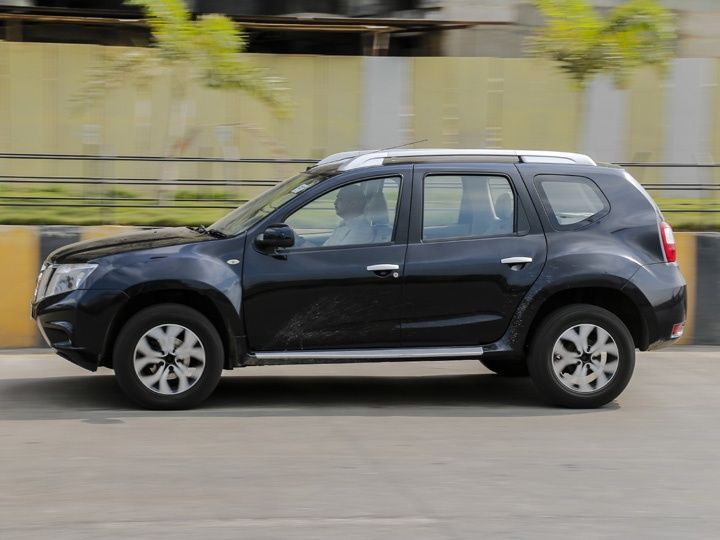 The Nissan Terrano has seen plenty of highways jaunts and city runs in the last couple of months. Having a large boot, the Terrrano has become the weapon of choice during the inter city drives and on our frequent photoshoots. You can throw in unimaginable number of luggages, or become the tracking car during photo shoots from which out photographers capture these amazing pictures that you see on ZigWheels.

Apart from the boot, what also swings the case for the Nissan Terrano is its 110cc, 1.5-litre dCi diesel motor and its 6-speed gearbox that is fairly powerful and keeps the fuel bill under check.

But with the summer setting in and the sun glaring all its teeth, the air-conditioning is working overtime and further burdens the puny engine of the SUV. And the AC cooling isn’t the best in its class.

I’ve come to terms with the steering kick backs, but rusting is my other complaint. The front wipers and the rear wheel brake drums have gone coarse and red with rust. Yes, the Nissan Terrano has been built for a cost, but it does charge a premium over the Renault Duster and should have more stringent quality checks.

Speaking of quality, the materials and combination used in the cabin are a shade better here than on the Renault Duster, but still the finish is not up to the mark. Having been used and abused for the last 21,000km (we’ve contributed just 6,000km of these), there are a few unusual gaps appearing on the dashboard. Like on the plastic hood over the instrument console which now has an ugly gap staring at the driver.

The hazard light button is not working for some reason, and the indicator tell tale lights on the driver’s display isn’t visible during the day.

For a well engineered SUV, priced between Rs 10-13 lakh it doesn’t seem impossible to sort out these issues. If you look beyond these minor glitches, the Nissan Terrano is spacious, smart looking and with terrific road manners.