How different is Yamaha’s latest mid-displacement sportbike from its 20-year-old namesake? 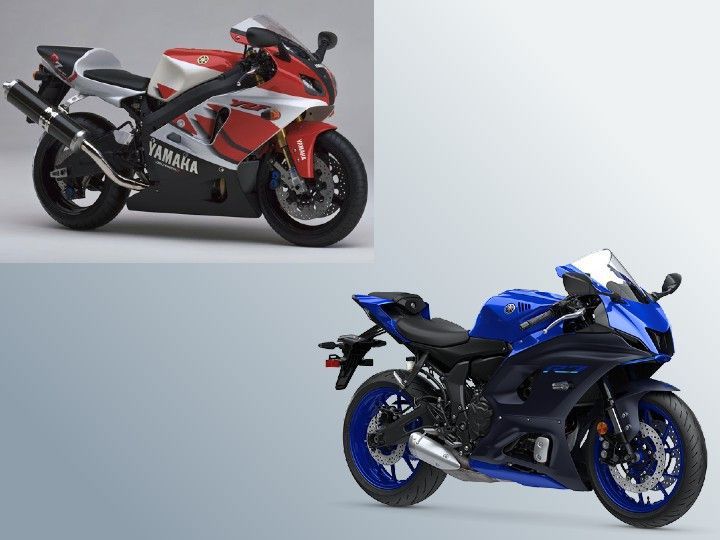 Yamaha recently launched the new YZF-R7 in some foreign markets. However, the “R7” moniker isn't that new for the Japanese brand: the R7 badge dates back two decades, to 1999. At the time Yamaha was eager to bag a World Superbike Championship title and their newest contender was the OW-02, or the YZF-R7, a successor to the legendary OW-01.

Legend, But For The Wrong Reasons
WSBK organisers had a stipulation that to enter the championship, a manufacturer, in this case Yamaha, had to sell at least 500 units of the homologated race bike to the general public. Most of these R7s were picked up by private racing teams. It was an almost-championship-ready motorcycle with fully adjustable Ohlins suspension at both ends, and dual 320mm front brake rotors. These bits have become common on sportbikes nowadays but for 1999, it was revolutionary and certainly leagues ahead from the rest of the pack.

You would’ve hoped that the engineers at Iwata would kit it with a similarly top-spec engine. However, the R7’s engine couldn’t be further away from that. Its 749cc, inline-four engine with 5 valves per cylinder, which was quite ahead of its time, made just 106PS and 72Nm in the standard trim. Not particularly exciting. To actually get your heartbeat thumping, you would have to invest in optional race kits that Yamaha would sell you for GBP 750-10,000 (Rs 52,000 - Rs 7 lakh), depending on the amount of performance you desired. A properly tuned R7 would end up making just around 160PS, just about enough to make the speedo needle nudge 290kmph. So, once you factor the initial investment of a whopping GBP 22,000 (about Rs 15.40 lakh), the R7 never made for a wise economic purchase. No wonder there were very few privateer or enthusiastic buyers for it because in ’99, a YZF-R1 that rolled straight out of the factory would put down 150PS and would cost one-third the price.

And it never shone on the big stage, so Yamaha ultimately decided to pull it out of WSBK. After that, it continued to race in the Japanese and British championships for a while.

So the R7’s legacy hasn’t exactly been too great. Then why bring the name back? Because it serves a bigger purpose.

Potential Icon In The Making

This time around, neither is the R7 a homologation special nor does it claim to be an all-out track weapon. One of its duties is to plug the gap in the Yamaha R-series family, left by the hallowed YZF-R6, the 600cc supersport that doesn’t meet Euro 5 emissions norms.

And Yamaha didn't have to do much for that either. The 689cc crossplane twin-cylinder engine from the MT-07, along with its steel tubular frame, form the basis. It's just been tuned to meet the R7's character with 73.4PS and 67Nm. The rake is sharper and the wheelbase is shorter to make it more agile. However, the ergonomics are relatively relaxed, not as sweet as the R3 but not as taxing as the R6 or R1. You could ride it to your favourite track a few hundred kilometres away, rack up a few laps on it, and then amble back home with less breaks on the way.

And since it doesn't have to win trophies, the other equipment is a bit watered down as well--fully adjustable 41mm KYB upside-down fork and rear monoshock, dual 298mm front discs with four-piston radial calipers mated to Brembo master cylinder, and Bridgestone Battlax Hypersport S22s. All that's led to a rather humble USD 9000 (INR 6.7 lakh) price tag, making the new R7 more of a common daily rider.

But that’s the whole beauty of it, one that many enthusiasts who are crying about the lack of cylinders are failing to grasp. The breed of track-focused middleweight sports machine is not gaining as many followers as it used to. People need accessible performance, rather than throwing you in the deep end. That’s the beauty of the R7. There are very few places in India, and very few skilled riders at that, who will be able to harness even half the power capability of a litre-class bike. But with bikes like the R7, the Triumph Trident 660 and maybe even the Aprilia RS660, you could use most of the available horsepower safely without it maiming you for your noobness.

The tuning fork has always made motorcycles that strike the right chord with enthusiasts and the new R7, in our opinion, will be no different. Now if only those over at Yamaha India would understand our demands.